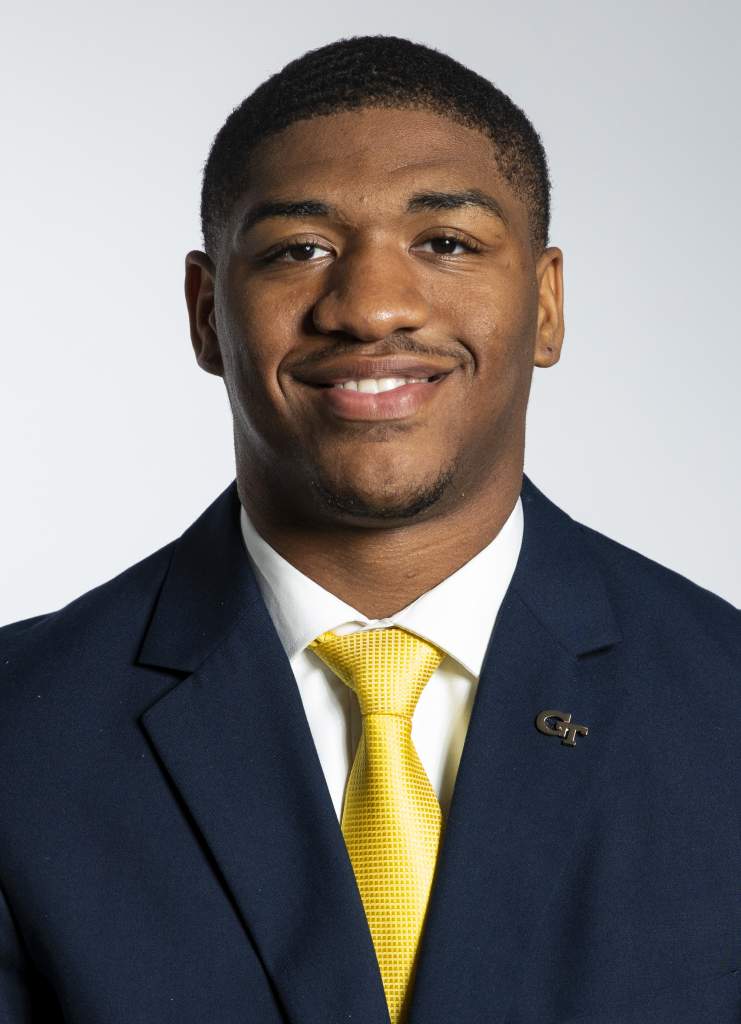 2018 (True Freshman): Named true freshman all-America as a kick returner by 247Sports … Earned first-team all-ACC recognition as a kick returner from Pro Football Focus … Highlighted his impressive freshman campaign by scoring three non-offensive touchdowns – one on a 95-yard interception return at Louisville (Oct. 5) and two on kickoff returns, a 77-yarder vs. Virginia (Nov. 17) and a 100-yarder at Georgia (Nov. 24) … Set five school records for kickoff returns – 1) 100-yard kickoff return (fourth to accomplish the feat, first since Jamal Golden vs. North Carolina in 2012); 2) two kickoff returns for touchdowns in a single season (third to accomplish the feat, first since Golden in ’12); 3) first freshman in school history to return two kickoffs for touchdowns and only the second GT freshman to even have one kickoff return for a TD (joining Dez White, 1998); 4) two kickoff returns for touchdowns in a career (fifth in school history to accomplish the feat, first since Golden from 2011-15); 5) kickoff returns for touchdowns in consecutive games (first in school history to accomplish the feat) … His 95-yard interception return versus Louisville was also record-setting, as it was the longest INT return ever by a Georgia Tech freshman … the 95-yard return at UL was also tied for Georgia Tech’s longest INT return in an ACC game (Ken Swilling vs. NC State, 1989) and tied for the fourth-longest overall in program history … Thomas, who played in all 13 games, was also Georgia Tech’s top tackler on special teams with 12 special-teams tackles (nine on kickoffs, three on punts) … 12 of his 15 total tackles on the season came on special teams … Was one of 13 true freshmen to see game action for the Yellow Jackets.

High School: Rated as a three-star prospect by ESPN, 247Sports/Scout and Rivals … Played first two prep seasons at Walton H.S. (2014-15) before transferring to Niceville H.S. for final two campaigns (2016-17) … Three-time all-state and all-area honoree … Earned all-state recognition for the third-straight year as a senior in 2017, despite having only one interception as teams avoided throwing his way … As a sophomore in 2015, returned interceptions for touchdowns in five-straight games (a national high school record) and finished the season with a school-record eight INTs overall … Returned two punts for touchdowns as a senior in 2017, including a school-record 90-yarder … Served as a team captain at Niceville as a senior … Coached by John Hicks … Also played basketball and ran track … Honor roll student.

Personal: One of five siblings … Brother, Azende Rey, plays football at Florida A&M … Juanyeh started playing football at age 5 … Enjoys volunteering his time to work with children and aspires to become a motivational speaker … Majoring in literature, media and communication.