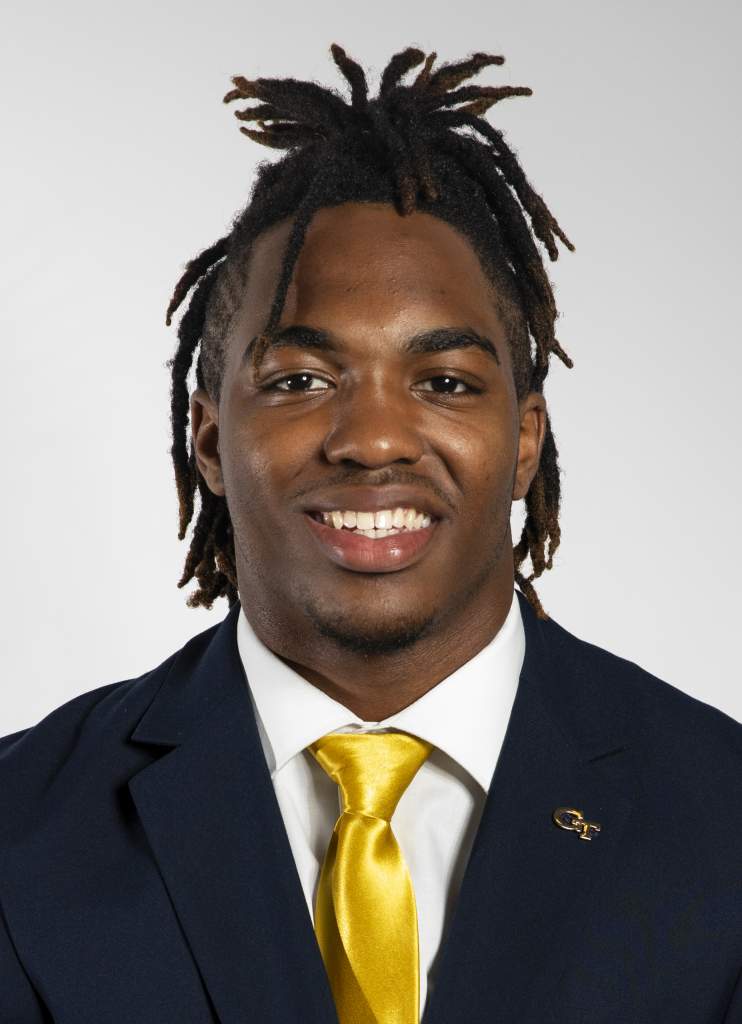 2018 (Redshirt Freshman): Played in all 13 games and made five starts (Sept. 1 vs. Alcorn State, Sept. 15 at Pitt, Oct. 5 at Louisville, Oct. 13 vs. Duke, Nov. 10 vs. Miami) at running back … Ranked third on the team overall and first among running backs with 659 rushing yards and seven touchdowns … Averaged 6.1 yards per carry … Burst out of the gates, rushing for 274 yards over the first three games of his career – 85 vs. Alcorn State, 95 at USF (Sept. 8) and 94 at Pitt … Rushed for 61 yards and two touchdowns in rout over Bowling Green (Sept. 29) … Gashed Louisville for 78 yards and a touchdown (Oct. 5) … Ran for 82 yards and three touchdowns on just 12 carries in romp at Virginia Tech (Oct. 25) … With three scores at VT, became the first Georgia Tech RB to rush for three touchdowns in a game since Dedrick Mills vs. Vanderbilt on Sept. 17, 2016 … After rushing for 564 yards and seven touchdowns over the first eight games of the season, amassed just 95 total yards on the ground and no scores over the final five contests.

High School: Rated as a three-star prospect by ESPN, 247Sports and Rivals … Runner-up for Tennessee’s Class 5A Mr. Football award as a senior … First-team all-state honoree … 2016 Sumner County Player of the Year … Also garnered all-district and all-county accolades … Rushed for a school-record 4,523 career yards … Also set a school record with 2,050 rushing yards as a senior in 2016 … Ran for 23 touchdowns and averaged 7.9 yards per carry as a senior … Broke Gallatin High School’s single-game rushing record in consecutive weeks, leaving behind a new mark of 307 yards … Served as team captain as a senior … Coached by Mark Williams … Also earned three letters as a center fielder in baseball and two as a center in basketball.