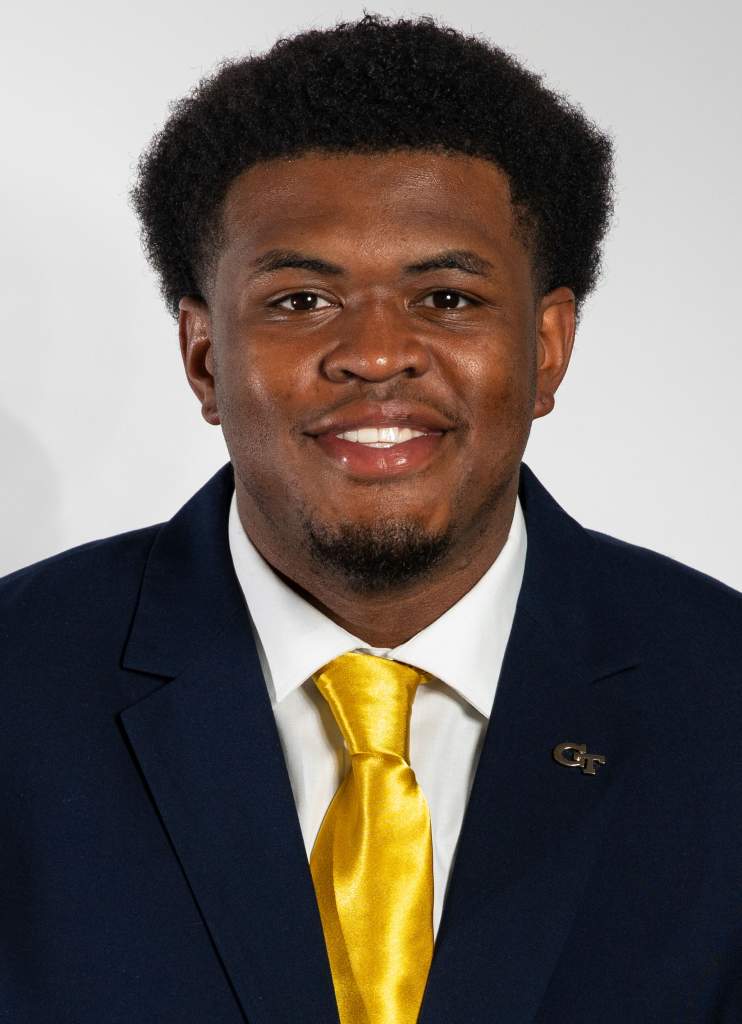 2018 (Junior): Versatile lineman saw action in 12 games, starting the first six games of the season at center before appearing as a reserve over the final six games of the year at both center and tackle … Was a key cog in an offensive front that paved the way for Georgia Tech to lead the nation in rushing offense (325.0 ypg) … Also helped the Yellow Jackets break their year-old record for 400-yard rushing games in a season with five.

2017 (Sophomore): Appeared in nine games and made eight starts at left tackle … Missed home wins over North Carolina (Sept. 30) and Virginia Tech (Nov. 11) due to injury … Helped pave the way for Georgia Tech to lead the ACC and rank fifth nationally in rushing offense (307.4 ypg) … Was a key cog in an offensive front that helped QB TaQuon Marshall (1,146 rushing yards) and BB KirVonte Benson (1,053) become only the second set of Georgia Tech teammates to ever rush for 1,000 yards in the same season and the first Tech duo to both rush for 100 yards in the same game four times … Also helped the Yellow Jackets set a school record with four 400-yard rushing games on the season.

2016 (True Freshman): One of six true freshmen that saw playing time for Georgia Tech … Appeared in 10 games with three starts at left tackle … After not playing in either of the first two games of the year, made his collegiate debut versus Vanderbilt (Sept. 17) and went on to make his first-career start four games later (Oct. 15 vs. Georgia Southern) … Also started against Duke (Oct. 29) and at Virginia Tech (Nov. 12) … Missed home finale versus Virginia (Nov. 19) due to injury … Contributed to an offensive front that helped pave the way for Georgia Tech to rank ninth nationally in rushing offense (258.1 ypg) and 17th nationally in fewest sacks allowed (1.23 pg).