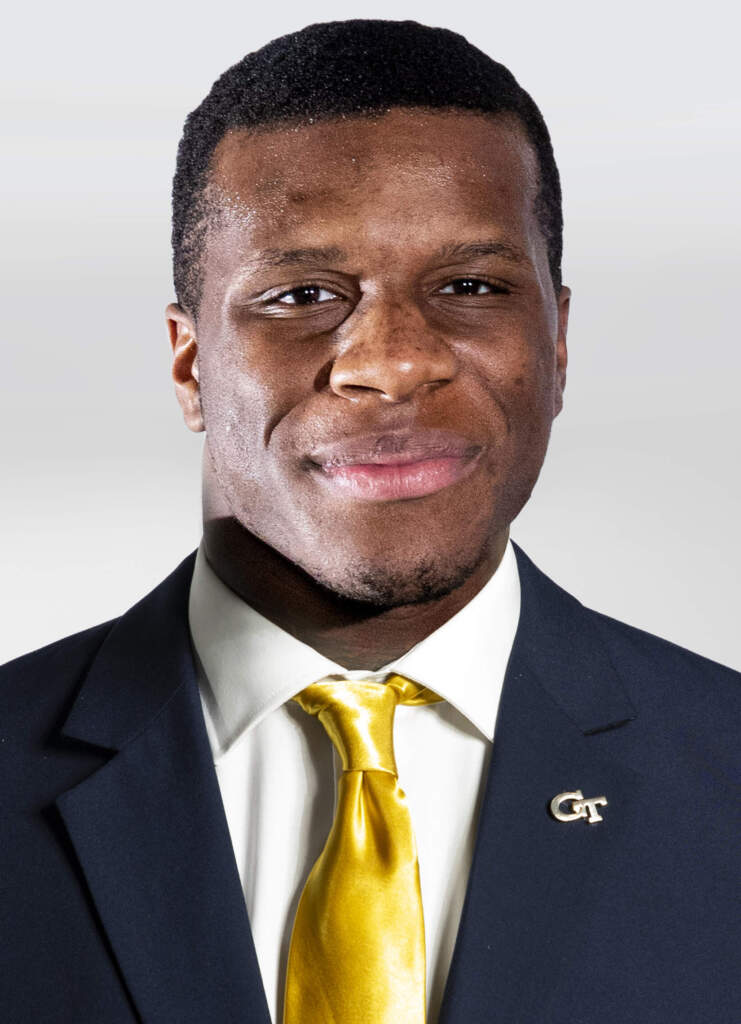 Before Tech: Rated as a three-star prospect by 247Sports and ESPN … Recorded 21 tackles for loss and 12 sacks as a senior, helping lead Fort Dorchester to a 12-1 record … Named Defensive MVP of the 2019 South Carolina North-South All-Star Game after recording a game-high eight tackles, including three-and-a-half sacks, and blocking a punt to help lead the South team to a 35-13 win … Coached at Fort Dorchester by Steve Laprad … Mother, Katrina McClain Johnson, is one of the most decorated women’s basketball players of all-time – was National Player of the Year at Georgia in 1987 and still holds school records for single-season points (796) and points per game (24.9), was a member of three U.S. Olympic teams and won two gold medals in Seoul (1988) and Atlanta (1996) and was inducted into the Women’s Basketball Hall of Fame in 2006 and the Naismith Memorial Basketball Hall of Fame in 2012 … Father, Kacy, played professional basketball in France … Grandfather, Edward McClain, played for the NFL’s Baltimore Colts.