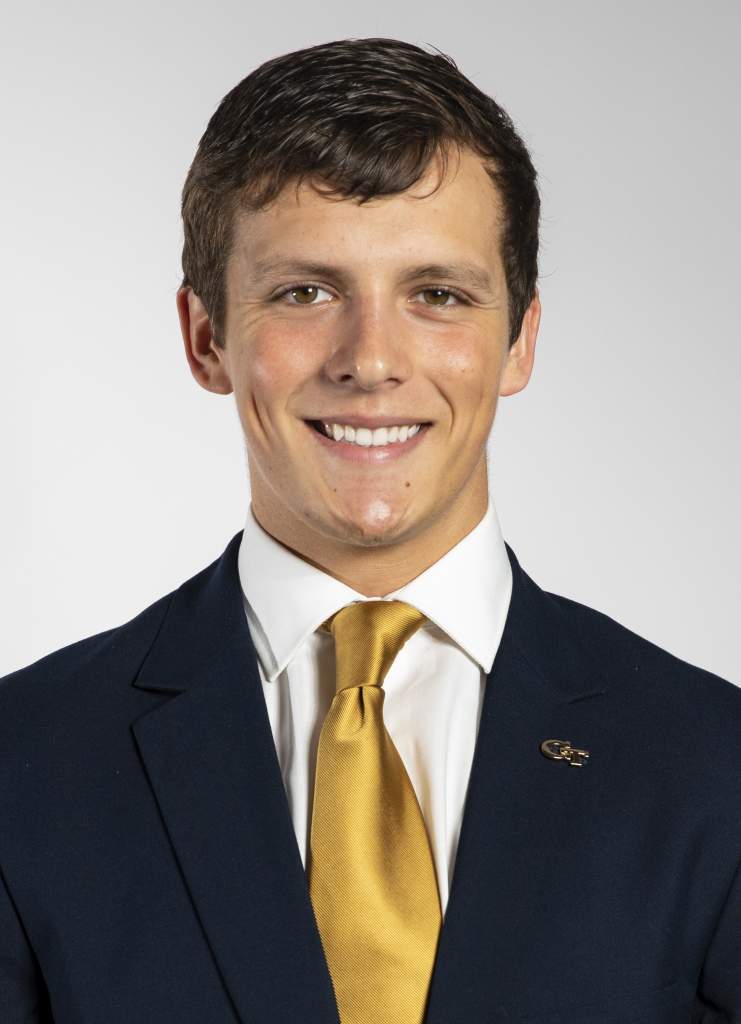 2018 (True Freshman): Walk-on earned the opportunity to become Georgia Tech’s place kicker during an in-practice competition prior to Week 5 vs. Bowling Green (Sept. 29) and went on to make all 48 kicks that he attempted over the final nine games of the season – 9-for-9 on field-goal attempts and 38-for-38 on PAT attempts … Actually made his collegiate debut with three kickoffs in season opener vs. Alcorn State (Sept. 1) … Did not see action again until he earned the opportunity to be the Yellow Jackets’ place kicker for the BG game … Attempted first field goal a week later at Louisville, when he was good from 41 yards out … Went on to make one FG vs. North Carolina (Nov. 3), two vs. Miami (Nov. 10), four vs. Virginia (Nov. 17) and one in the Quick Lane Bowl vs. Minnesota (Dec. 26) … Four field goals vs. Virginia were tied for the second-most in school history (behind only Ron Rice’s five vs. The Citadel in 1982) … Became the first true freshman and only the eighth individual overall in Georgia Tech history to make four field goals in a game … Wells’ season-long 48-yard field goal vs. UVA gave GT a 27-24 lead with 1:04 to go in regulation and his 40-yarder in overtime proved to be the winning points in the Yellow Jackets’ 30-27 triumph … Was named ACC Specialist of the Week in recognition of his performance against Virginia … Named to all-ACC academic team in recognition of performance on the field and in the classroom …. An ACC Honor Roll selection.

High School: Named first-team all-state, first-team all-region and Region 7-3A Special Teams Player of the Year as a senior … Made the second-, third-, fourth- and fifth-longest field goals in Lumpkin County history … Four-year letterwinner served as a team captain as a senior … Began prep career as a quarterback before winning job as place-kicker through an open competition for the position … Coached by Shane Williamson … Also lettered in soccer and wrestling … Earned a total of nine varsity letters (four in football, three in soccer, two in wrestling) … Member of National Honor Society and Beta Club … Honor roll student.