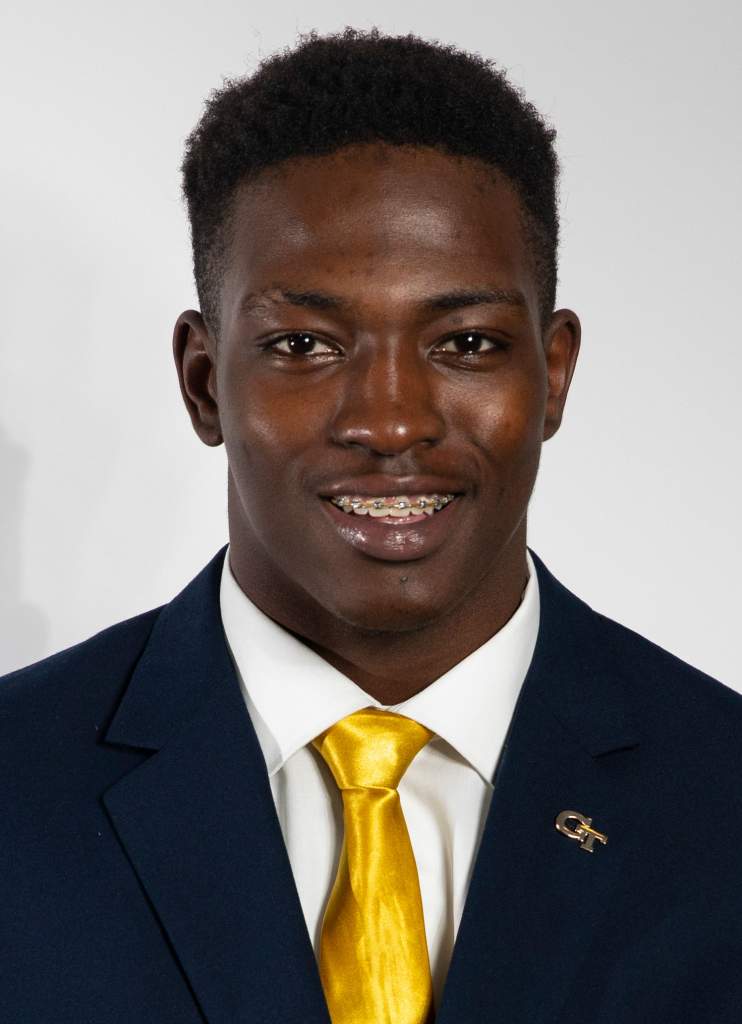 2019 (Sophomore): Appeared in all 12 games, making five starts at linebacker … Led the team with 9.5 tackles-for-loss … Tied to lead the team with two forced fumbles on the year … Finished second on the team with 65 tackles (42 solo) … Finished as one of only seven underclassmen defenders in Power Five to record 65 tackles, 9.5 tackles-for-loss and two sacks in 2019 … Named ACC Linebacker of the Week after having one of the best performances of his career against South Florida (Sept. 7), recording a career-high-tying nine tackles (seven solo), a career-high 2.0 sacks for 12 yards, and a forced fumble … Became first Yellow Jacket since Jeremiah Attaochu in 2012 ACC Championship Game to record nine tackles and two sacks in a single game … Forced his second fumble at The Citadel (Sept. 14), in addition to six tackles (four solo) and 1.0 tackles-for-loss at 8 yards … Recorded his first-career safety at Temple (Sept. 28) to go along with seven tackles (three solo) and 1.5 tackles-for-loss for 2 yards … Registered six tackles (three solo) and tied his career-high with 2.0 tackles-for-loss for 7 yards against North Carolina (Oct. 5) … Recorded 2.0 tackles-for-loss over the next two games – at Duke (Oct. 12) and at Miami (Fla.) (Oct. 19) … Took down six offensive players solo against Virginia Tech (Nov. 16) … Totaled seven tackles (two solo) in the primetime victory over NC State (Nov. 21), including 0.5 tackles-for-loss for 6 yards and a pass breakup … Joined David Curry and Tariq Carpenter in becoming the first Georgia Tech trio since 2012 to record more than 60 tackles apiece in a single season.

2018 (True Freshman): Saw action in 10 games and made six starts at outside linebacker … Despite only making six starts, finished fifth on the team with 48 tackles, which included a sack and three tackles for loss … Led team with three fumble recoveries … Ranked second on the team with five quarterback hurries … Didn’t enter the starting lineup until Week 6 at Louisville (Oct. 5) but went on to start six of the Yellow Jackets final eight games … Earned a spot in the starting lineup after recording 11 tackles in his first three games of the season, including eight at Bowling Green (Sept. 29) … In his first-career start at Louisville, matched a school record with two fumble recoveries in Georgia Tech’s 66-31 rout … Had six tackles and broke up a pass against Duke (Oct. 13) … Set a career-high with nine tackles, including a sack, in victory at Virginia Tech (Oct. 25) … Notched seven tackles in win at North Carolina (Nov. 3) … Closed the regular-season with eight tackles, including one for a 10-yard loss, at Georgia (Nov. 24) … Was one of 13 true freshmen to see game action for the Yellow Jackets.

Personal: Has three siblings … Started playing football at age 6 … Majoring in business administration … Plans to go to graduate school to pursue an MBA.