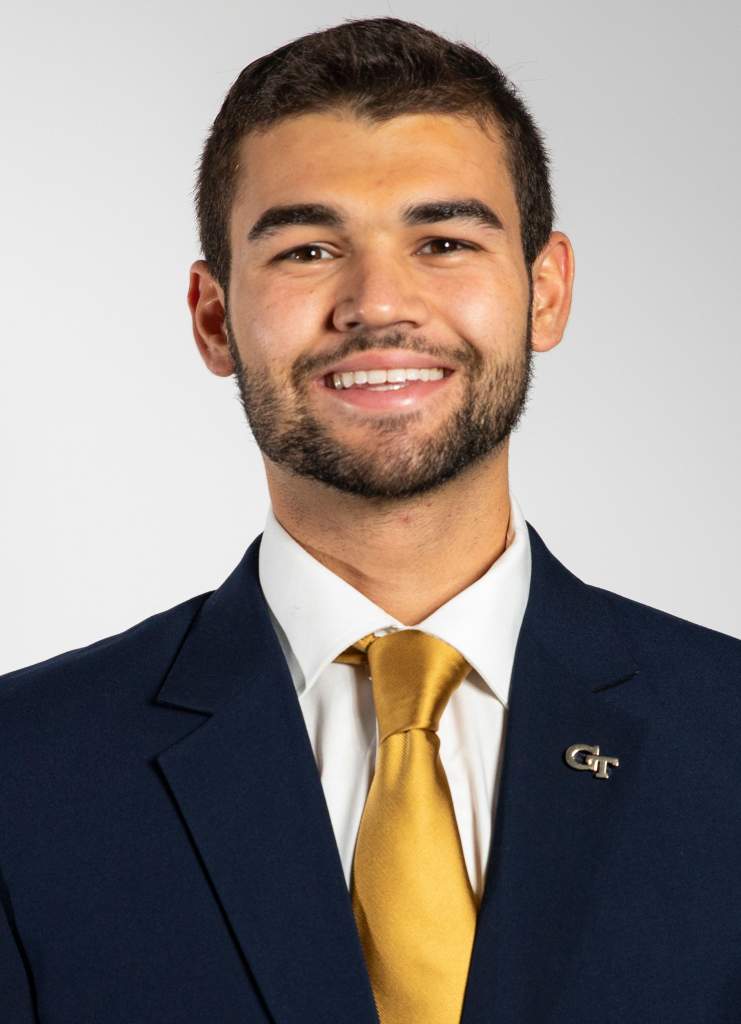 2018 (Sophomore): Redshirted due to seeing action in only four games, the first four games of the season – Sept. 1 vs. Alcorn State, Sept. 8 at USF, Sept. 15 at Pitt and Sept. 22 vs. Clemson … Was 1-of-4 on field-goal attempts, making a 35-yarder at USF but missing attempts against Alcorn State, Pitt and Clemson … Was 10-of-11 on PAT attempts, with only miss coming at Pitt.

2017 (True Freshman): After battling a lower-body injury throughout camp, took over as Georgia Tech’s primary place kicker during the fifth game of the campaign at Miami (Oct. 14) after Shawn Davis sustained a season-ending knee injury making a tackle on a kickoff … Finished the season 5-for-6 on field goal attempts, 15-of-16 on PAT kicks and with a 59.3-yard kickoff average … Ranked fourth on the team with 30 points … Made his first five field goals of the season – one apiece against North Carolina (Sept. 30), Miami (Oct. 14) and Clemson (Oct. 28) and two against Wake Forest (Oct. 21) … Two field goals against WF included a 42-yarder, Georgia Tech’s longest of the season … Lone miss of the year came on a 43-yard attempt against Virginia Tech (Nov. 11) … Was one of nine true freshmen that saw action for the Yellow Jackets.

High School: Rated as a three-star prospect by ESPN … Nation’s No. 19-ranked kicker by 247Sports … Two-time all-state honoree (first-team as a senior, second-team as a junior) … Two-time first-team all-region and all-county selection … Named junior all-American by MaxPreps in 2015 and preseason all-American by MaxPreps prior to 2016 campaign … Set a Georgia 7A record for field goals in a season with 19 as a junior in 2015 … Holds school records for field goals in a season and career, touchbacks in a season and career, extra points in a game and longest field goal … Helped lead Mill Creek to three-straight regional championships (2014-16) … Selected to participate in Gwinnett All-Star Game … Coached by Shannon Jarvis … Three-year letterwinner in football and soccer … Helped lead Mill Creek to regional championship in soccer in 2016 … All-county honoree and team captain as a junior on the soccer pitch … Helped lead team to 2016 soccer region championship.