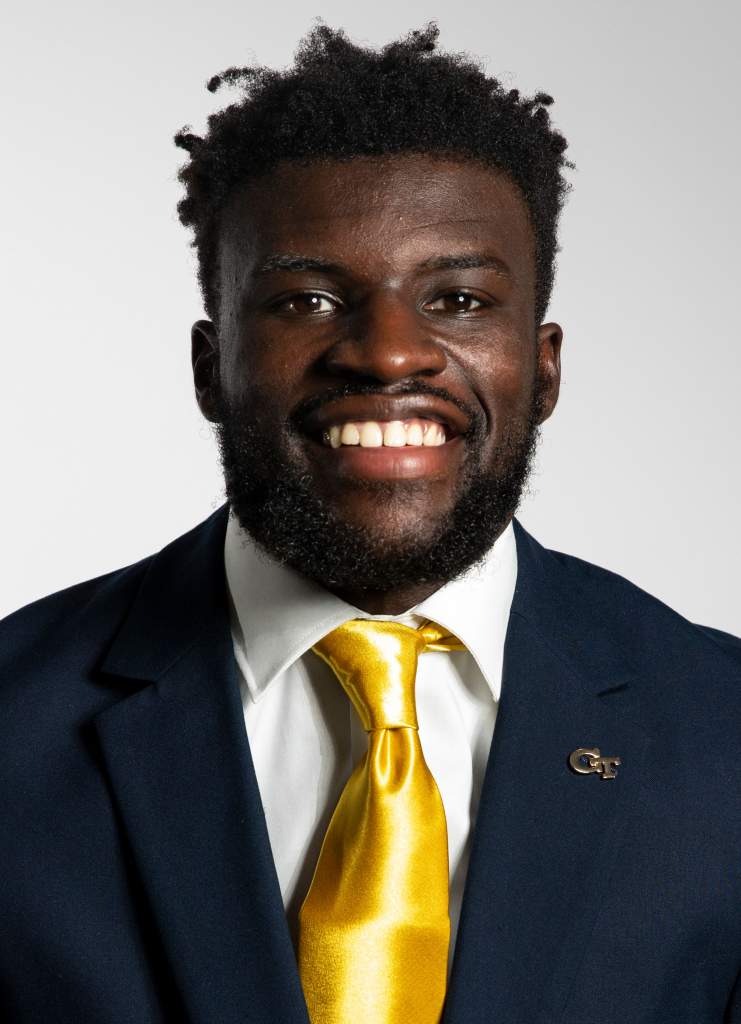 2019 (Redshirt Sophomore): Appeared in all 12 games, making seven starts at wideout … Made his first collegiate start against North Carolina (Oct. 5) … Became one of Georgia Tech’s top targets, finishing second on the team with 249 receiving yards on 19 catches … Averaged 13.1 yards per reception and 20.8 yards per game … Hauled in his first career pass in the home-opening win over South Florida (Sept. 7) – a 6-yard reception … In his first start, caught three passes for 67 yards against UNC, including a career-long 39-yard catch from James Graham in the fourth quarter … Also registered three receptions for a career-high 69 yards at Duke (Oct. 12), including a 35-yard reception from James Graham in the third quarter … Hauled in a career-high five receptions for 21 yards at Virginia (Nov. 9) … Also tallied a solo tackle against Pitt (Nov. 2).

High School: All-state honoree averaged more than 100 receiving yards per game as a senior in 2016, including five receptions for 139 yards in state semifinals … Finished his prep career as Fort Dorchester’s all-time leading receiver, despite the fact that he only played at the school for two seasons … In addition to the semifinal appearance in ‘16, helped lead Fort Dorchester to 15-0 record and South Carolina 4A state championship as a junior in 2015 … Coached by Steve Laprad … Selected to participate in prestigious Shrine Bowl of the Carolinas all-star game … Attended Charleston’s Burke H.S. as a freshman and sophomore, where he helped lead the Bulldogs to the S.C. 1A state basketball championship in 2015 … Earned all-state honors on the hardwood twice — as a sophomore at Burke and as a junior at Fort Dorchester.

Personal: Youngest of three siblings … Brother, Sidney Jr., played two seasons of college basketball at Fairleigh Dickinson and averaged 19.1 points per game in his final season at FDU (2013-14) before embarking on a professional playing career in Lithuania … Majoring in business administration … Member of the ACC academic honor roll.