The home of the Yellow Jacket swimming and diving program is the McAuley Aquatic Center, formerly the Georgia Tech Aquatic Center (GTAC), located on the west side of campus as the foundation of the Campus Recreation Center (CRC). The facility was the site of all swimming, diving and synchronized swimming competition as well as the swimming portion of the modern pentathlon during the Centennial Olympic Games in the summer of 1996.

The facility was officially named the McAuley Aquatic Center in 2016 to honor James Herbert “Herb” McAuley, a 1947 electrical engineering graduate and former swimming champion who devoted four decades to coaching swimmers at Tech — both competitive swimmers and undergraduates taking the compulsory and infamous “drown-proofing” class. 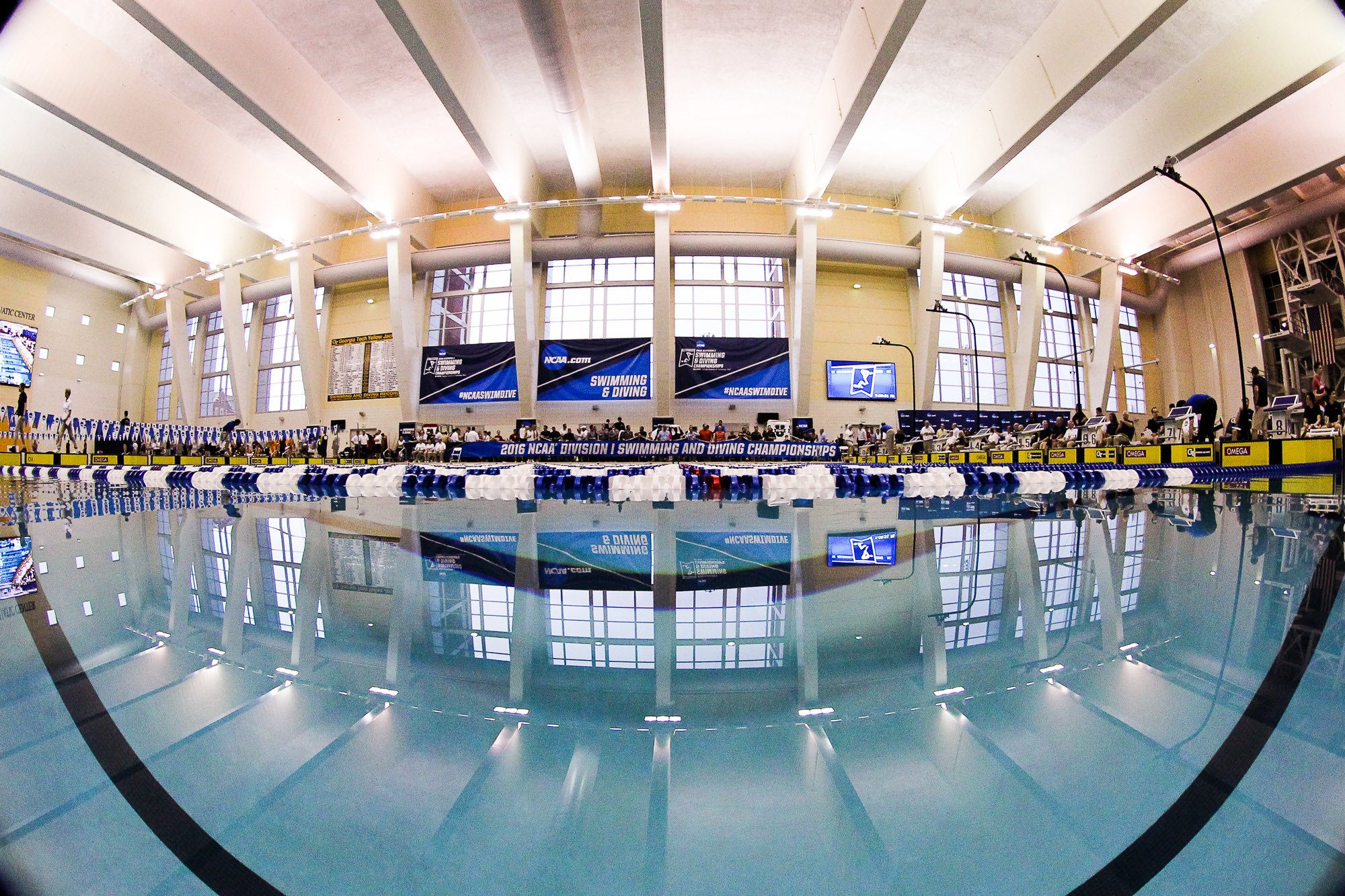 In March 2016, the McAuley Aquatic Center topped the list of “The 10 Best Collegiate Competition Swimming Pools” by College Ranker.

The McAuley Aquatic Center provides the Yellow Jackets with a world-class venue for aquatic sports and serves as an important element of the physical legacy of the Games, enhancing the activities Georgia Tech can offer its students for years to come.

The 1,900-seat main stadium contains a competition pool and a dive pool.

The competition pool is 50 meters by 10 lanes, with two movable bulkheads so that courses can be set up for 25 yards, 25 meters or 30 meters for water polo. It also features a movable floor which can be set from zero depth to seven feet, eight inches.

The dive pool features one- and three-meter springboards plus one-, three-, five-, seven-and-a half- and 10-meter platforms, as well as a Spargar system that sends a mass of bubbles from the bottom of the tank to ease entry into the water.

The original $21 million facility was funded entirely by the Atlanta Committee for the Olympic Games (ACOG). Construction on the facility began in July 1994 and was completed in time to host the VIIth Synchronized Swimming World Cup in August 1995. The newly-renovated enclosure of the GTAC is part of an over $45 million expansion to the CRC.