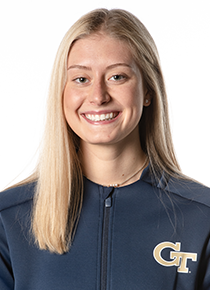 High School: A four-year letterwinner and one-year captain at South County under Meredith Harris … Named Most Valuable Performer in 2018 and was an All-American consideration in 2018 … Also earned an all-met honorable mention honor in 2018 and 2019 … Currently holds the school records in the 100 and 200 free … Broke the free relay school record to place fifth at the 2017 high school state meet her sophomore season.

Personal: A consistent member of the Honor Roll and National Honor Society member … Grandfather, James Davis, played football at Tulane (1961-64) … Has an older sister and a younger sister and brother … Intends on majoring in computer science.