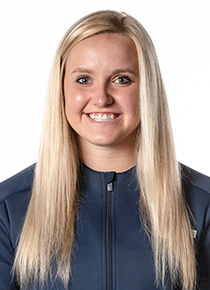 2019-20 (Sophomore): Competed on all three boards for Georgia Tech this season … Placed third with a personal-best 1-meter score of 262.88 against Georgia Southern, SCAD … Also finished fourth on the 3-meter with a score of 251.55 … Earned a personal-best platform score of 208.80 at the Georgia Tech Invitational, which placed her eighth on the program’s all-time list … Earned her best 3-meter score at the Houston Invitational (261.15) … Competed on all three boards at the ACC Championships.

Personal: Has an older brother… Grandfather, Vid Vuds Dekshenieks, played football for the University of Puget Sound (1958-62) … Uncle, Michael Dekshenieks, played lacrosse at University of Virginia (1985-89) … Also enjoys traveling, photography, hiking, going to other sporting events and watching reality TV shows … Began diving at the age of 15 in high school after competing as a gymnast growing up … Chose Tech because it is one of the best public universities academically in the country, the fantastic diving facility, the relationship with the team and coaching staff and its proximity to home … Intends to major in public policy.