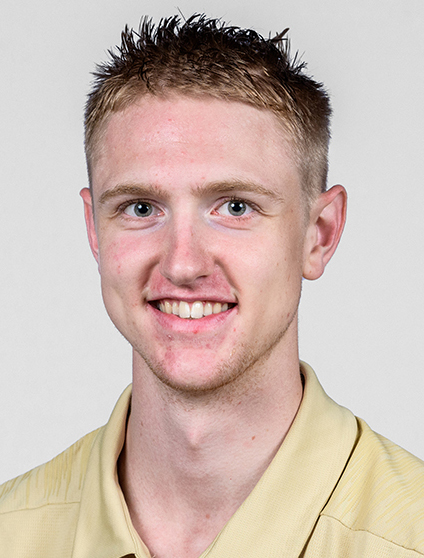 Successful and versatile high school player with international experience who spent two years in the Georgia Tech program before electing to transfer after his sophomore year … Has the ability to stretch the floor with his jump shot, has impressive shot mechanics, a smooth shooting motion and deep range on his shot … Runs the floor well, has good athleticism, hands and footwork … Has a 6-foot, 10.25-inch wingspan, and gained 10 pounds and two inches on his vertical jump since pre-season of his freshman year while doing extra work with strength coach Dan Taylor on practice days … Enrolled at Tech on the heels of the graduation of San Antonio native Ben Lammers, and followed two other Texans of note in the Tech program, forwards Chris Bosh and Jeremis Smith … Grew up in Kongsberg, Norway, but has lived in Texas since 2014 … Oldest of four children … Began playing basketball at age nine, following in his father’s footsteps … His father played college basketball at Florida Atlantic from 1993-97 … Started organized basketball at age 5 … Studied business administration at Tech.

Played in 21 games, with his most extensive court time coming in a six-game stretch before Boston College (48 points in 127 minutes) … Did not play vs. BC, played two minutes at NC State, and scored six points in seven minutes in the ACC Tournament against Notre Dame … Two double-figure games in that stretch, 11 points each against Virginia Tech and Florida State … In his 13 games prior to that, scored nine total points in 62 total minutes.

Rated a 3-star prospect in the composite 247Sports ranking (No. 56 small forward, No. 18 in Texas), as well as a 4-star by ESPN (No. 36 small forward, No. 17 in Texas) … Attended Obra D. Tompkins High School where he played four years for coach Bobby Sanders … Helped lead the Falcons to the 2018 state finals in the 6A classification … Earned all-region III 6A honors by the Texas Association of Basketball Coaches as a junior and senior … Named to the district 19-6A second team in 2015 and 2016 … Played for the Shooting Stars Red AAU team, coached by Stephon Leary, from 2015-17 … Played with Norway in the 2015 FIBA U16 European Championships, averaging 18.7 points and 5.9 rebounds a game; then in 2017, he played in the U18 Nordic Championship and scored 7.2 points a game … Had 30 scholarship offers, according to the Katy Times; his top schools were Georgia Tech, Baylor, Tulane, Tulsa and Ole Miss, among others.

“Kristian is very skilled for his size, with great understanding of the game. He’s got a high IQ and can really shoot the ball. Just like the other two, a great fit for our culture at Georgia Tech,” said coach Josh Pastner.