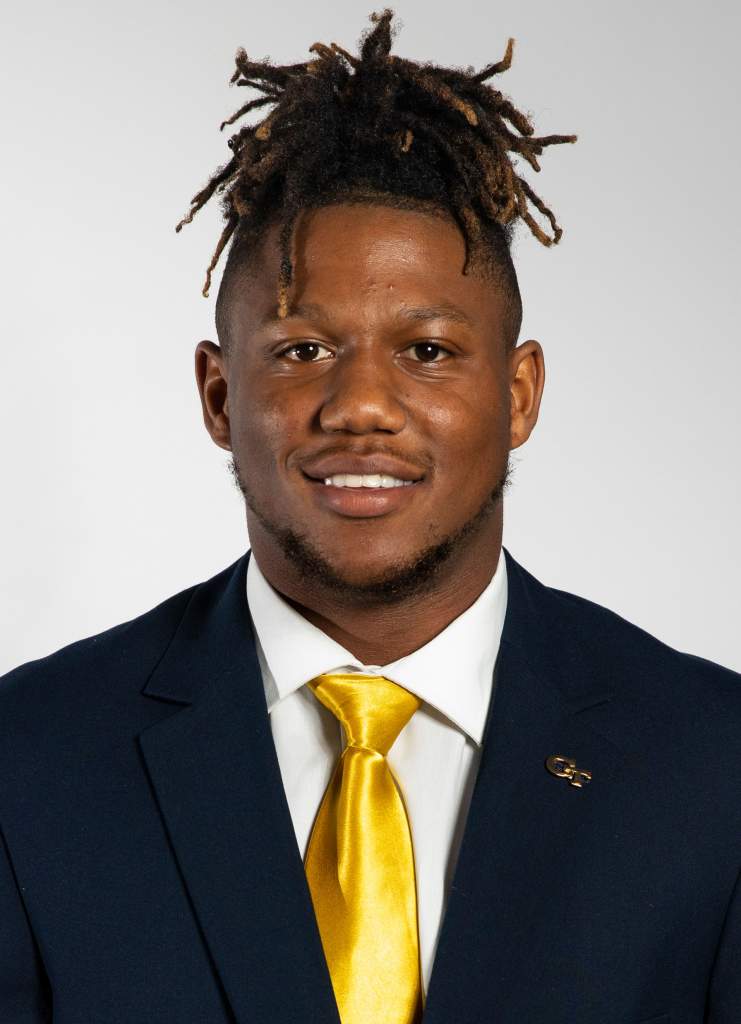 2019 (Redshirt Freshman): Appeared in 11 games, including starting the final eight at quarterback … Finished 87-for-197 for 1,164 passing yards, 12 touchdowns and seven interceptions … Averaged 105.8 passing yards per game … Finished among the top 10 in the country for touchdown passes by freshmen … First Georgia Tech quarterback to throw for 1,000 yards in a single season since Justin Thomas in 2016 and first freshman to accomplish the feat since Reggie Ball in 2003 … Threw his first collegiate touchdown in the season-opener against then-No. 1 Clemson (Aug. 29), finishing 4-for-7 for 72 yards … Threw his first 100-yard game at Temple (Sept. 28), finishing 10-for-24 with one interception … Became the first Tech freshman to throw multiple touchdown passes in a game since Reggie Ball in 2003 when he threw two against North Carolina (Oct. 5), finishing 11-for-24 for 171 yards and two interceptions … Amassed 206 passing yards on 15-for-35 passes and one touchdown … Became the first Tech quarterback since 2007 and one of only five Yellow Jackets since 2000 to complete at least 15 passes multiple times in a single season – 15 at Duke (Oct. 12), 15 at Virginia (Nov. 9) … Threw at least one touchdown in five-straight games – two vs. North Carolina (Oct. 5), one at Duke (Oct. 12), one at Miami (Fla.) (Oct. 19), one vs. Pitt (Nov. 2) and two at Virginia (Nov. 9) … Recorded a career-high 229 passing yards at Virginia (Nov. 9) off 15-for-22, including a career-long 59-yard touchdown pass to Ahmarean Brown on the fourth play of the game … Threw a career-high three touchdowns and ran for a career-high 112 rushing yards in the nationally televised primetime win over NC State (Nov. 21) – most passing touchdowns by a Tech quarterback since 2017 … Finished the season with 290 rushing yards on 99 carries for three touchdowns.

2018 (True Freshman): Appeared in three games as the Yellow Jackets’ third-straight quarterback – vs. Duke (Oct. 13), at Virginia Tech (Oct. 25) and at Georgia (Nov. 24) … Redshirted due to only seeing action in three games … Ran five times for 27 yards, including two carries for 25 yards in the final minutes of the Yellow Jackets’ rout at Virginia Tech … Completed his only pass of the season, a 22-yard connection on a throwback to QB TaQuon Marshall at Georgia … Was one of only 13 true freshmen, including just three on the offensive side of the ball, to see action for Georgia Tech in 2018.

High School: Rated as a four-star prospect by ESPN, 247Sports/Scout and Rivals … Ranked as the nation’s No. 17 athlete in his class by 247Sports/Scout and Georgia’s No. 33 overall player by Rivals … Three-time all-region honoree … Named preseason all-state by the Atlanta Journal-Constitution prior to his senior season in 2017 … First-team all-state honoree following his junior campaign in 2016 … Earned first-team Georgia 1-2A all-region as a senior in 2017 despite missing part of the season due to injury … Quarterbacked Fitzgerald to a 26-4 combined record over his sophomore and junior seasons, leading the team to the 2A state championship in 2015 and a runner-up finish in 2016 … Named first-team all-state and the region’s Offensive Player of the Year in 2016 after throwing for 1,725 yards, running for 956 and accounting for 39 touchdowns as a junior … First-team all-region and honorable-mention all-state selection as a sophomore … Coached by Tucker Pruitt … Also lettered in basketball and track.