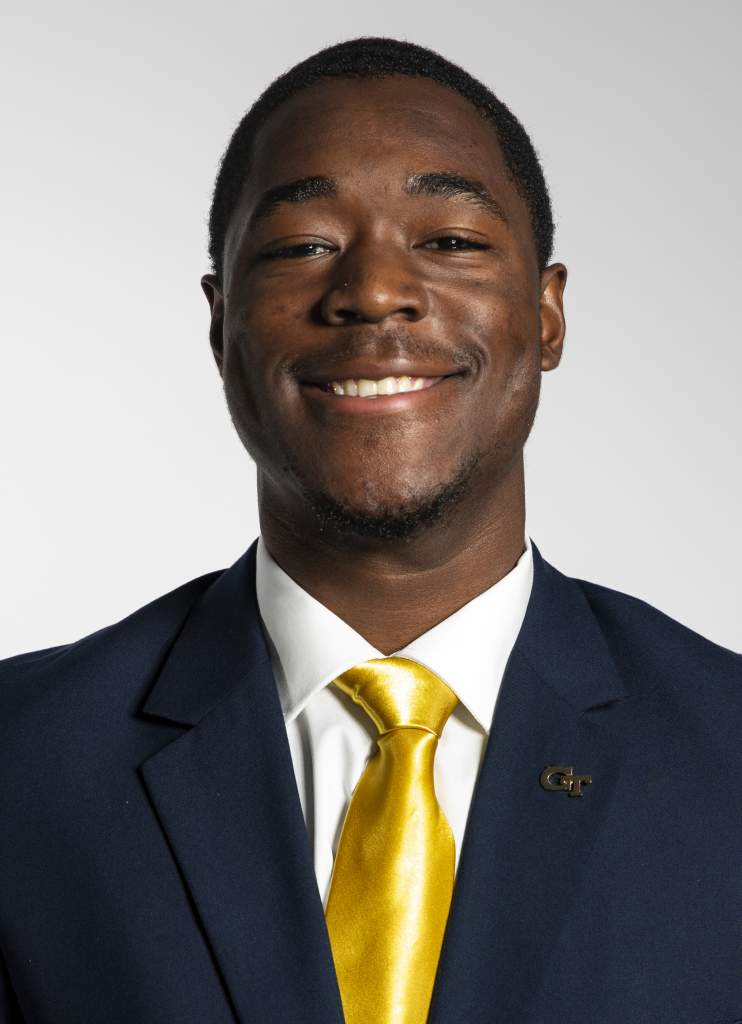 2019 (Senior): Started the first four games of the season before missing the final eight games of the season due to injury … Awarded a redshirt season … After a slow start to the season, hauled in three passes for 71 yards – all career highs – against The Citadel (Sept. 14), including his first-career touchdown reception – a 33-yard pass from Lucas Johnson in the third quarter … Followed up his touchdown by converting the two-point conversion on a pass from Johnson as well … He then eclipsed the reception milestone with four catches for 63 yards, including a 27-yard reception from James Graham in the fourth quarter … Finished his year averaging 19.1 yards per reception … An ACC Honor Roll member.

2017 (Sophomore): Played in all 11 games as the top receiver off the bench behind starters Ricky Jeune and Brad Stewart … Caught just one pass but it was a big one – a 49-yarder that gave Georgia Tech first-and-goal at the two-yard line and set up the Yellow Jackets’ first touchdown of the game at Virginia (Nov. 4).

2016 (True Freshman): One of six true freshmen that saw playing time for Georgia Tech … Appeared in 11 games as a reserve wideout and on special teams … Did not record any statistics.

High School: Amassed 84 receptions and 25 touchdowns over final two prep seasons, including 47 catches for 819 yards and 15 touchdowns as a senior … Earned honorable-mention all-state recognition as a senior … Two-time all-county and all-region honoree … Served as team captain for a squad that went 11-2 and claimed region championship during his senior campaign, good for the best finish in school history … Hauled in five passes for 183 yards and three touchdowns, including TD receptions of 84 and 63 yards, in final high-school game, a 49-31 loss to Colquitt County in the 2015 Georgia 6A state quarterfinals … Also recorded 30 tackles and two interceptions for South Forsyth (coach Jeff Arnette) as a senior … Was also a three-year letterwinner in track and field (100-meter, 4×100-meter relay).