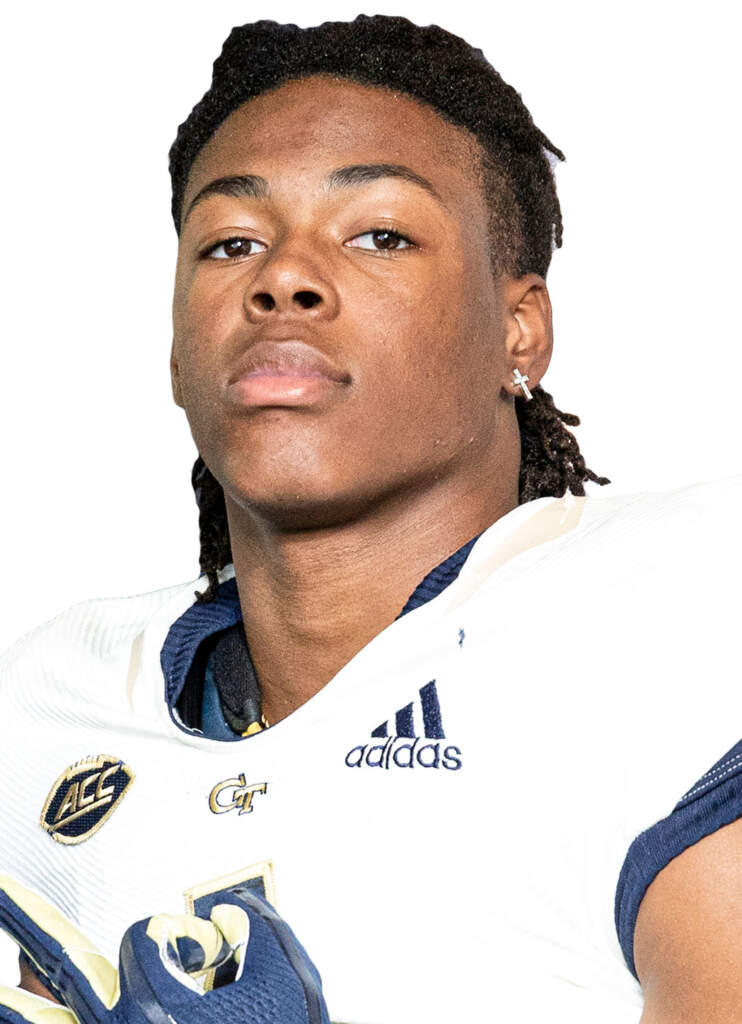 Before Tech: Rated as a four-star prospect by Rivals, 247Sports and ESPN … A member of the prestigious Rivals250,  247Sports 247 and ESPN 300 lists … Tabbed as the No. 2-ranked all-purpose running back in the nation and No. 10-ranked player in the state of Georgia by Rivals … Is the fifth-highest-rated recruit in Georgia Tech history, according to 247Sports … Named Georgia’s 6-A 2020 Offensive Player of the Year and first-team all-state honoree … Named first-team All-American by Sports Illustrated as a senior in 2019 … Participated in the prestigious 2020 All-American Bowl in San Antonio … Georgia’s 2019 6-A Offensive Player of the Year and first-team all-state honoree … Also named 2019 Region 6-AAAAAA Player of the Year … Ran for 4,882 yards and 70 touchdowns during his prep career, including 2,554 yards and 40 touchdowns as a senior … Set a Chattanooga metro area record with 420 rushing yards and scored eight touchdowns in just three quarters in a 62-10 win over Ringgold as a senior in 2019 … Coached by Matt Land.