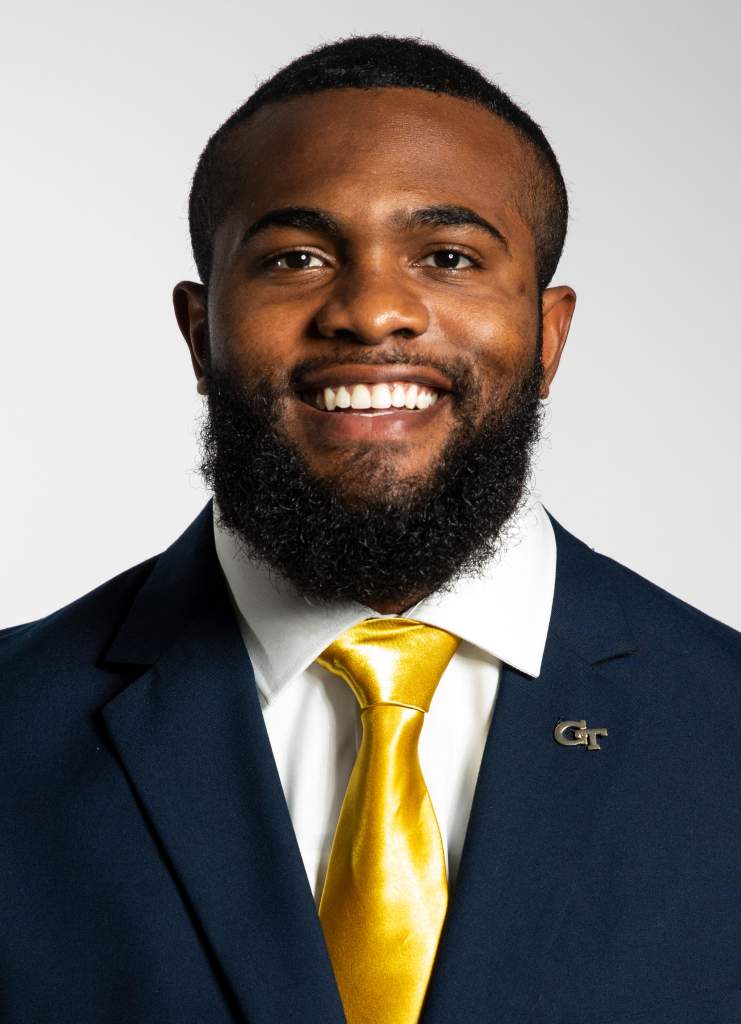 2018 (Sophomore): Saw action in 11 games, including one start at inside linebacker … Racked up 20 tackles on the season … Missed the first two games of the season due to an upper-body injury … Started in his first game of the season at Pitt (Sept. 15) … Notched a season-high eight tackles and recovered a fumble vs. Duke (Oct. 13) … Recorded three tackles on three different occasions – at Pitt, vs. Bowling Green (Sept. 29) and at Virginia Tech (Oct. 25) … Didn’t have more than one tackle in any other game.

2017 (True Freshman): Despite playing linebacker for the first time (he was a standout running back in high school), appeared in all 11 games as a true freshman, including a start at MLB at Virginia (Nov. 4) … Although he spent the majority of the season as a reserve, finished seventh on the team with 34 total tackles … Was spectacular in his first-career start, racking up 11 tackles (including one for loss), a forced fumble, a fumble recovery and an interception that he returned 27 yards for a touchdown at UVA … Recovered his own forced fumble to set up a 14-yard touchdown drive in the second quarter … INT return for TD came on Virginia’s first offensive snap of the third quarter … With an interception and a touchdown in his first-career start, he earned bragging rights in his own home – his father, College Football Hall of Famer Pat Swilling, did not record an interception or score a touchdown during his prolific four-year career at Georgia Tech (1982-85) … After starting MLB Brant Mitchell was injured at nationally ranked Miami (Oct. 14), Jordan-Swilling saw the first significant action of his career and responded with a team-high-tying seven tackles … The following week, in a 38-24 win over Wake Forest (Oct. 21), he made perhaps the biggest tackle of the game with a fourth-and-1 stop at the GT 21-yard line that preserved Tech’s 31-24 lead with 3:44 to go in the contest … In all, 25 of his 34 tackles on the season came in the four-game stretch against Miami, Wake Forest (three), Clemson (four – Oct. 28) and Virginia … Also had four stops against Duke (Nov. 18) … Was one of nine true freshmen that saw action for the Yellow Jackets.

High School: Rated as a four-star prospect by ESPN, 247Sports, Rivals and Scout … Tabbed as the nation’s No. 9-ranked inside linebacker by Rivals … Member of the prestigious “ESPN 300” as the 193rd-ranked player in the nation … Two-time first-team all-state selection … Played running back throughout his prep career, rushing for 5,393 yards and 83 touchdowns, including 1,716 yards and 28 touchdowns as a senior and 2,062 yards and 34 touchdowns as a junior … Helped lead Brother Martin to state semifinals in 2014 and 2016 and a quarterfinals appearance in 2015 … Coached by Mark Bonis … Selected to participate in the Army All-American Bowl following his senior campaign and tallied four tackles (second most on the team).

Personal: Father, Pat Swilling, played defensive line for Georgia Tech from 1982-85, was a first-team all-American in 1985, continues to hold Tech’s all-time record with 15 single-season sacks (’85) and was inducted into the College Football Hall of Fame in 2009 … Selected by the New Orleans Saints in the third round of the 1986 NFL Draft, Pat Swilling went on to be a two-time first-team All-Pro, two-time second-team All-Pro, five-time Pro Bowler and the NFL sacks leader and Defensive Player of the Year in 1991 … Pat Swilling was teammates at Georgia Tech with current athletics director Todd Stansbury … Jordan-Swilling’s uncles, Darrell and Ken Swilling, also played at Georgia Tech from 1988-91 and were members of the Yellow Jackets’ 1990 national championship team … His brother, Tre Swilling, is a defensive back for the Yellow Jackets … Lists playing with his brother as his most memorable athletic accomplishment … Older brother, Pat, played basketball at Tulsa … Jordan-Swilling is majoring in business administration.