THE FLATS – Looking to build on a pair of decisive wins away from home last week, Georgia Tech travels again this week, visiting defending Atlantic Coast Conference champion Florida State in the conference opener for both teams at 8:30 p.m. Tuesday night at the Donald L. Tucker Center in Tallahassee, Fla.

The Yellow Jackets (2-2, 0-0 ACC) shook off a pair of home losses to start the season by firmly defeating No. 20 Kentucky, 79-62, on Dec. 6 at State Farm Arena and following that win with a 75-64 triumph Wednesday night at Nebraska in the ACC/Big Ten Challenge. Returning four starters from last year’s fifth-place ACC team, including a pair of All-ACC honorees in guards Jose Alvarado and Michael Devoe, Tech has its most experienced and deepest roster yet under head coach Josh Pastner, now in his fifth season on The Flats.

Tuesday’s game will be televised nationally on the ACC Network and will be streamed live on the ESPN app. Radio coverage is provided by the Georgia Tech Sports Network by LearfieldIMG College, with flagship station WCNN-Radio (680 AM, 93.7 FM) in Atlanta. The Tech broadcast can be heard on satellite radio (SiriusXM Ch. 380, internet Ch. 970) and the TuneIn app. 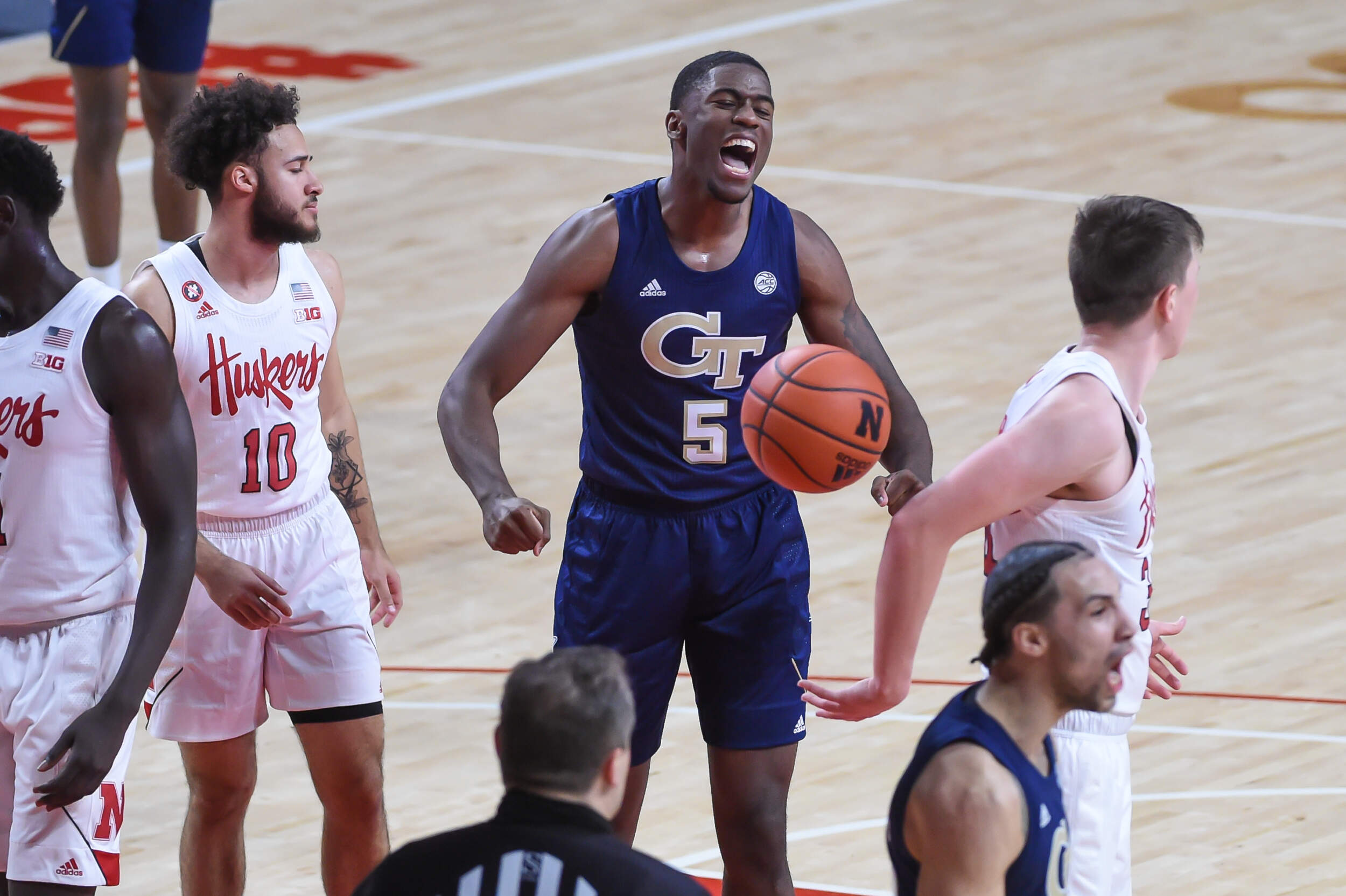 Moses Wright ranks No. 2 in the ACC in scoring and rebounding. (photo courtesy of USA Today Sports Images)