Inside The Chart: Challenge Accepted

Mike and Karen Braun tried their best.  But even a pair of West Point grads couldn’t quell the rambunctious tendencies of their three oversized sons.

“It was an orderly house, but we were getting into all kinds of mischief,” Parker Braun said.

Braun, Georgia Tech’s star left guard, fondly recalls the wrestling matches he had growing up with older brother, Trey, and younger brother, Josh. He can still take inventory of the property damage: the broken window, the cracked flat-screen TV in the living room, and most memorably, the chunk of drywall ripped out of Parker and Josh’s bedroom.  The Brauns were about to sell their house and move from Tallahassee, Fla., to Orlando, and Parker and Josh took some liberties with their empty room.

“We were about the same size since I was 12. We used to wrestle all the time. We put a big, Josh shape-sized hole in the wall. But they found out about that pretty quick,” Parker said.

To the relief of his parents – and the dismay of opposing defensive linemen – Braun has graduated to more sanctioned roughhousing these days. The junior has turned into an anchor of Georgia Tech’s offensive line, a preseason all-ACC pick who has drawn near-universal praise from head coach Paul Johnson.

Tech’s skill players don’t take him for granted either. 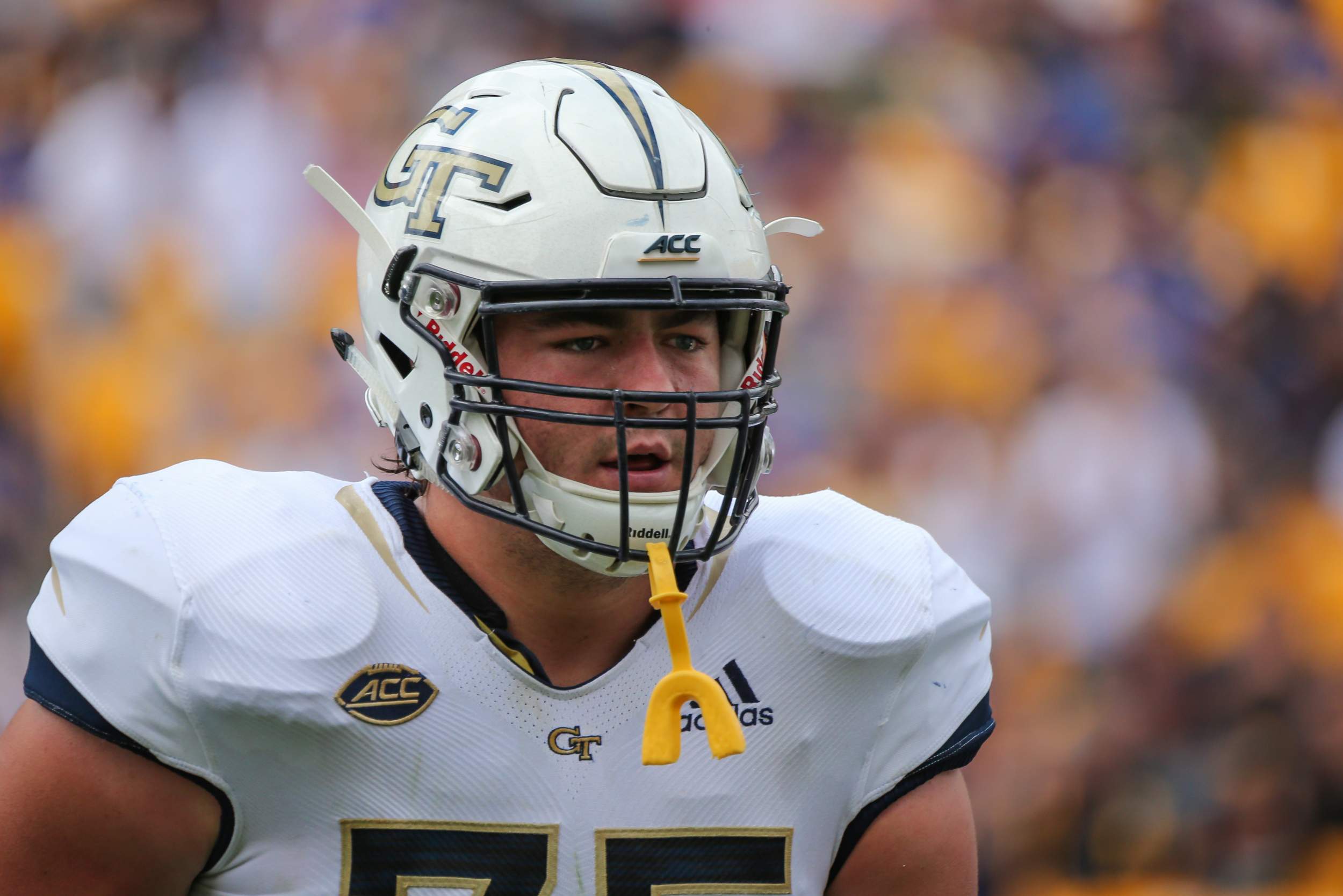 Braun’s grasp of blocking could be a combination of nature and nurture. His parents were both student-athletes at Army, class of 1989. Karen was a four-year starter on the basketball team who still ranks fourth in school history in career rebounds. Mike played offensive tackle on the Black Knights’ football team. Mike also served as Parker’s offensive line coach throughout high school, their teams running an option attack similar to Georgia Tech.

“It kind of got handed down that way first-hand. He had experience playing as a tackle in this offense [at Army], and then I started playing tackle in this offense as well. It was pretty cool to get the transfer of knowledge that way,” said Parker, who finished his career at Hallsville High in Hallsville, Tex. His family relocated there to be closer to Karen’s mom.

That knowledge allowed him to follow older brother Trey (2011-15) to Georgia Tech, where Parker became the first true freshman in school history to earn ACC Offensive Line of the Week honors.  The accolades only grew from there: ESPN freshman all-America in 2016, second-team all-ACC as a sophomore and preseason all-ACC this year.

Braun stayed coy when asked whether he’s excited to test himself against Clemson’s Brobdingnagian defensive front.

“It’s a big opportunity. They’ll be the best team we play all year. It’s a good chance to go out there and show what we can do, put it all together,” he said.

Braun’s steadiness has been even more valuable with the Yellow Jackets having few opportunities to play at full strength on the offensive line. Junior Kenny Cooper missed the first two games with injury, causing tackle Jahaziel Lee to move to center. Senior Will Bryan missed the Pittsburgh game with an injury. Senior right tackle Andrew Marshall left the Pitt game with an injury of his own. Both players are uncertain for Saturday.

Braun says in spite of the changes, the offensive line hasn’t backed away from its high standards.

“We’re such a tight group that it doesn’t really matter who’s lined up where. We can still communicate just as effectively as if we didn’t switch positions at all,” he said.

If so, it could lead to a season-altering upset of the reigning ACC champions. Parker Braun figures to be in the middle of it, creating holes in running lanes rather than holes in drywall.