THE FLATS – Georgia Tech and adidas revealed new uniforms for the Yellow Jackets’ men’s and women’s basketball teams Saturday ahead of the Nov. 25 start date for the 2020-21 season. Each of Tech’s teams will each have three different adidas uniform base sets – white, Tech Gold and navy blue – to wear throughout the season.

The all-white uniforms feature an updated look with the stacked Georgia Tech athletics wordmark on the chest, using Tech Gold numerals with a navy blue outline.

Both teams’ gold uniforms are a nod to the tradition of the Institute, with a clean look for the men’s uniform that simply includes the “TECH” portion of the wordmark and the women’s with the full “GEORGIA TECH” wordmark, both in navy blue above the numerals, which are white with navy blue trim.

The alternate jersey in navy blue features a “logo look,” with the interlocking GT featured on the chest and the Buzz logo on the shorts. Tech Gold numerals with a white outline complete the design. 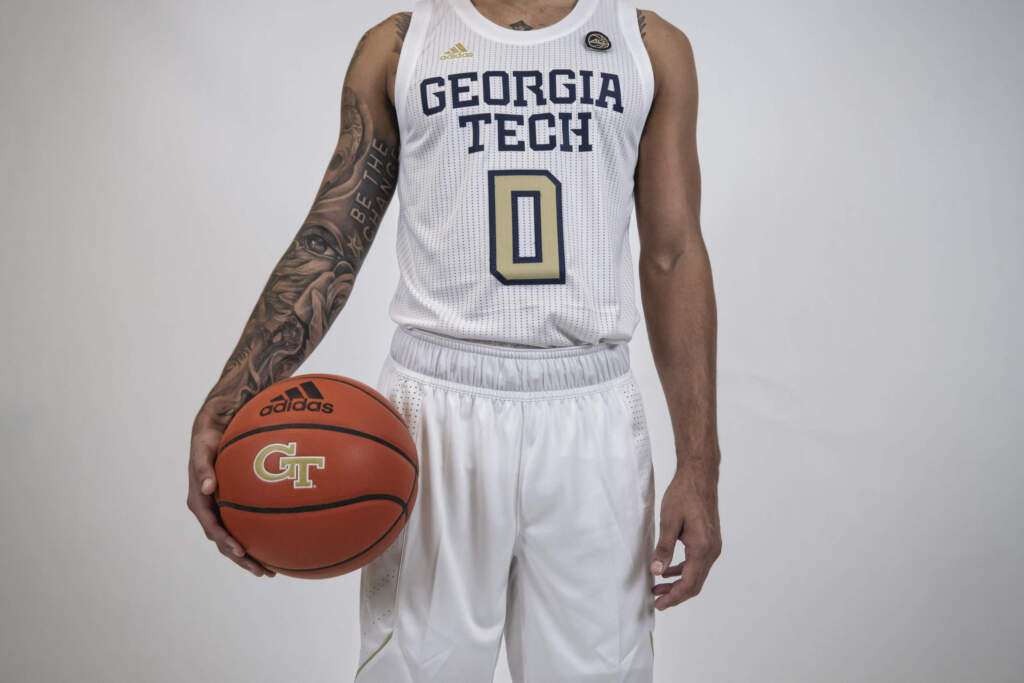 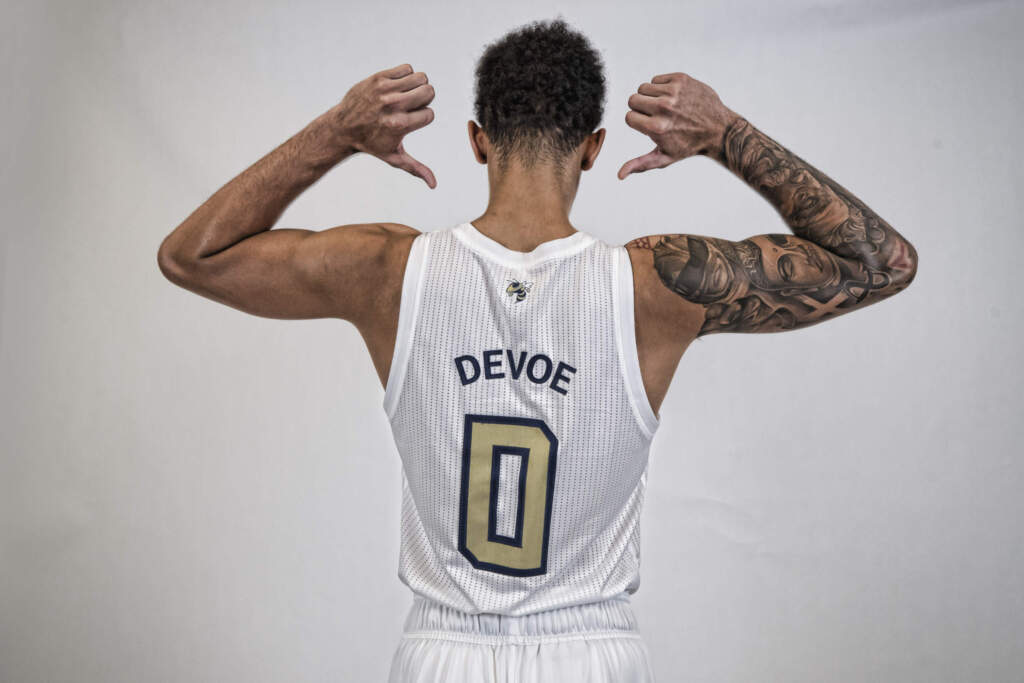 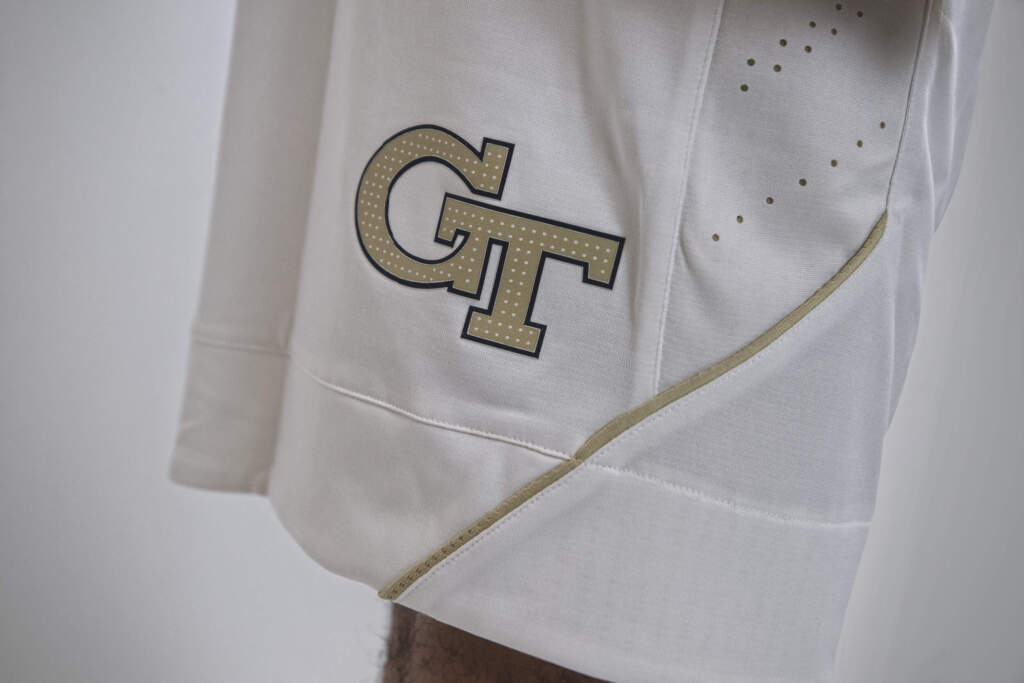 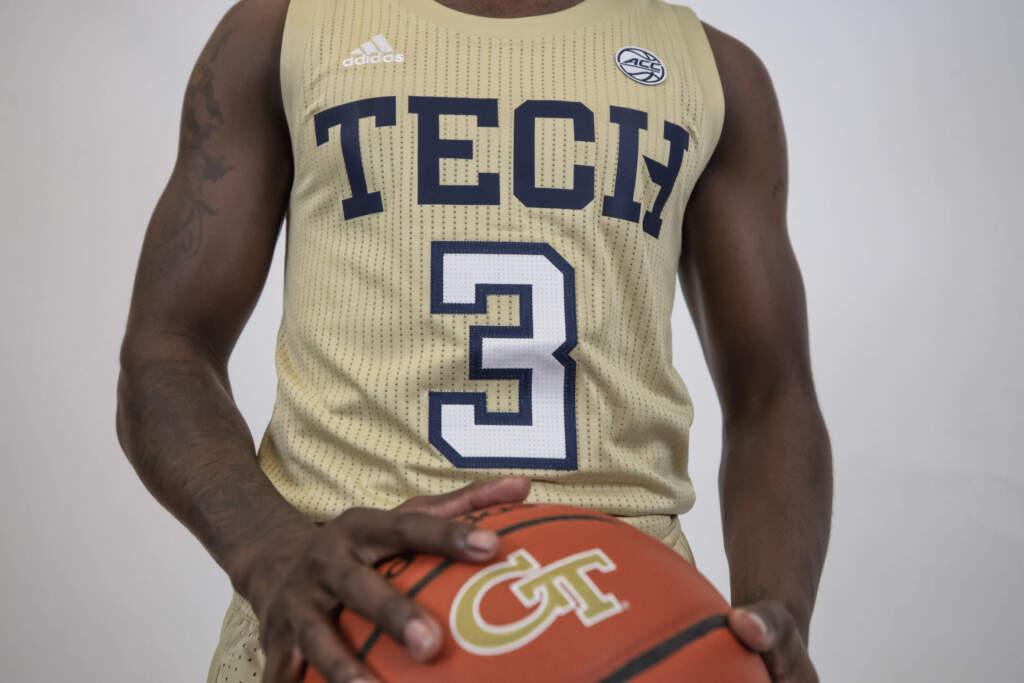 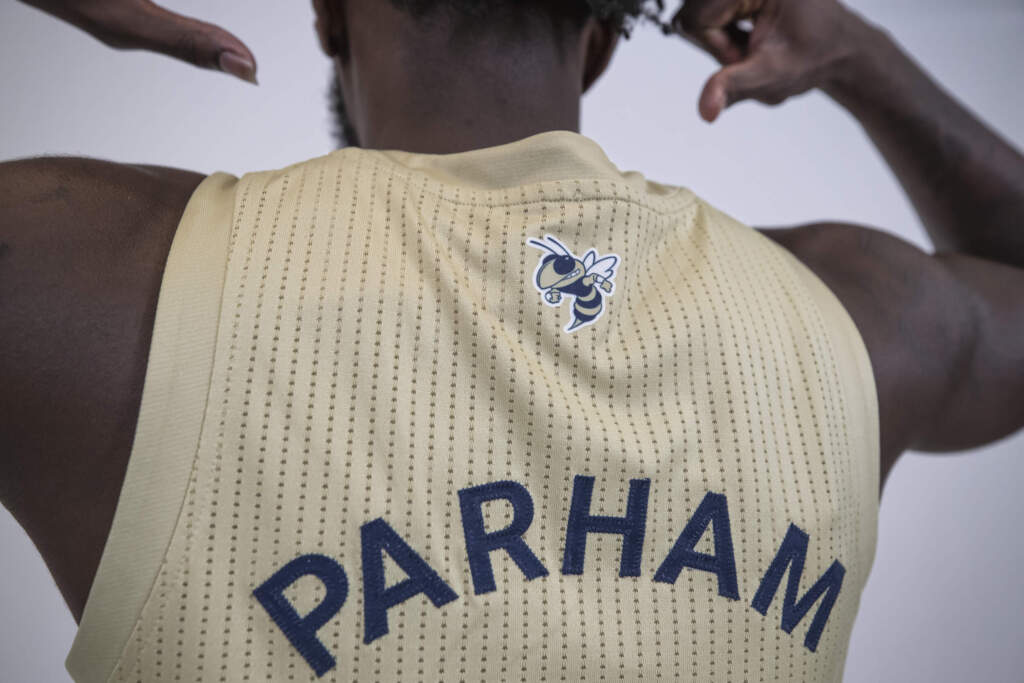 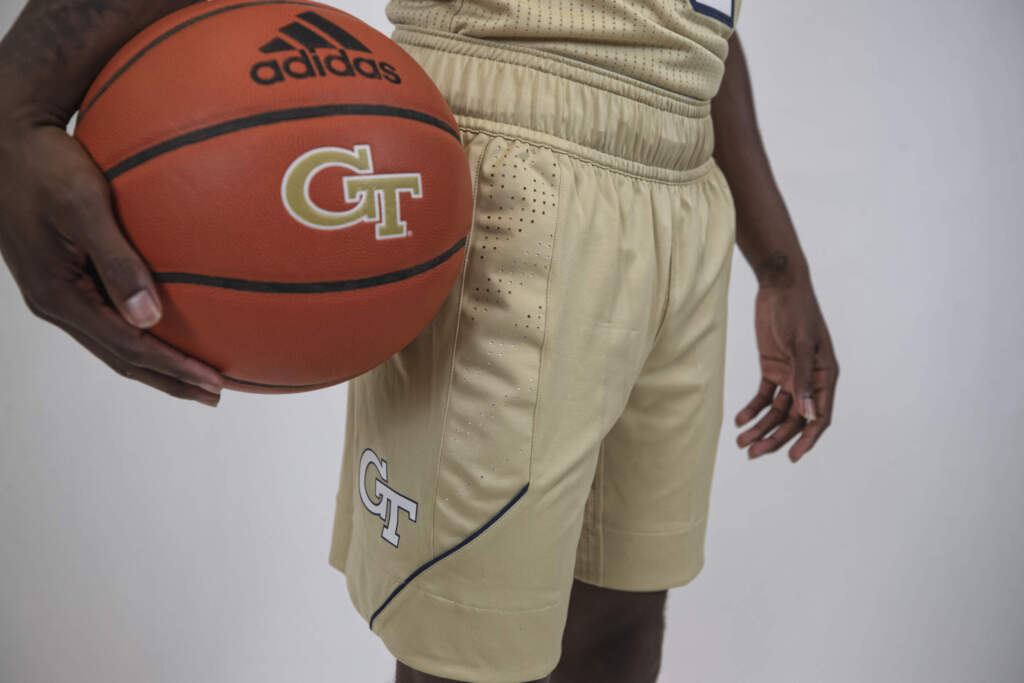 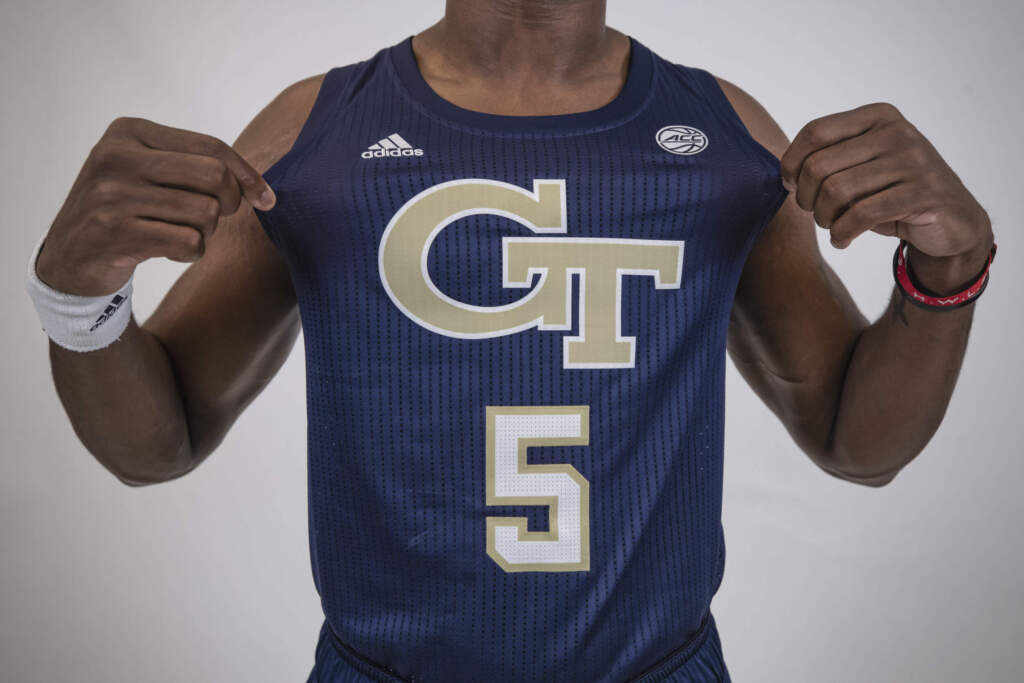 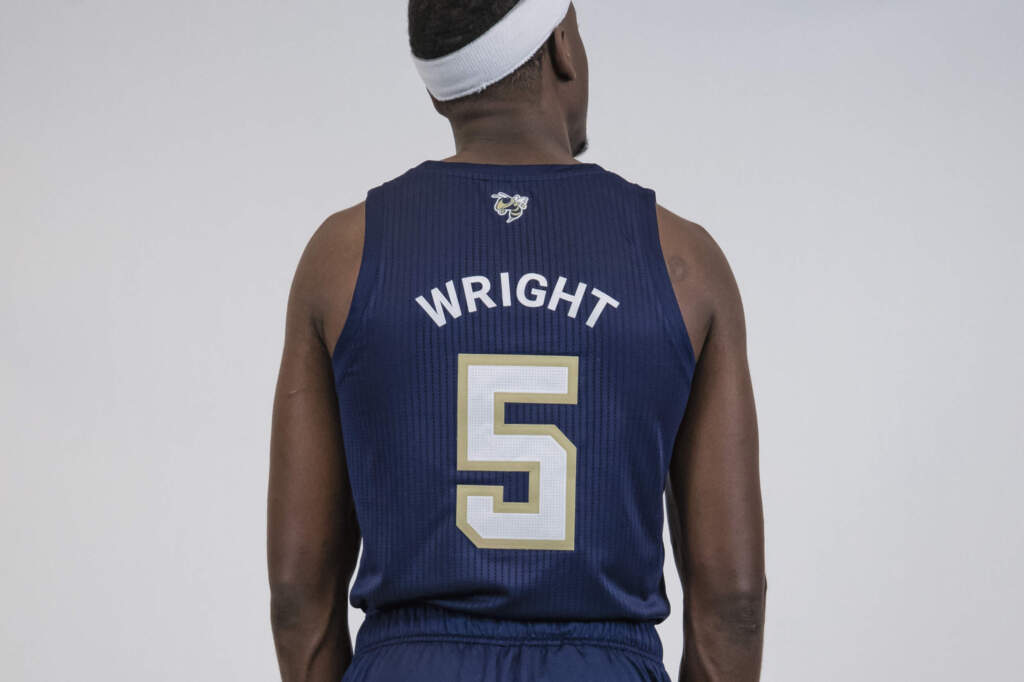 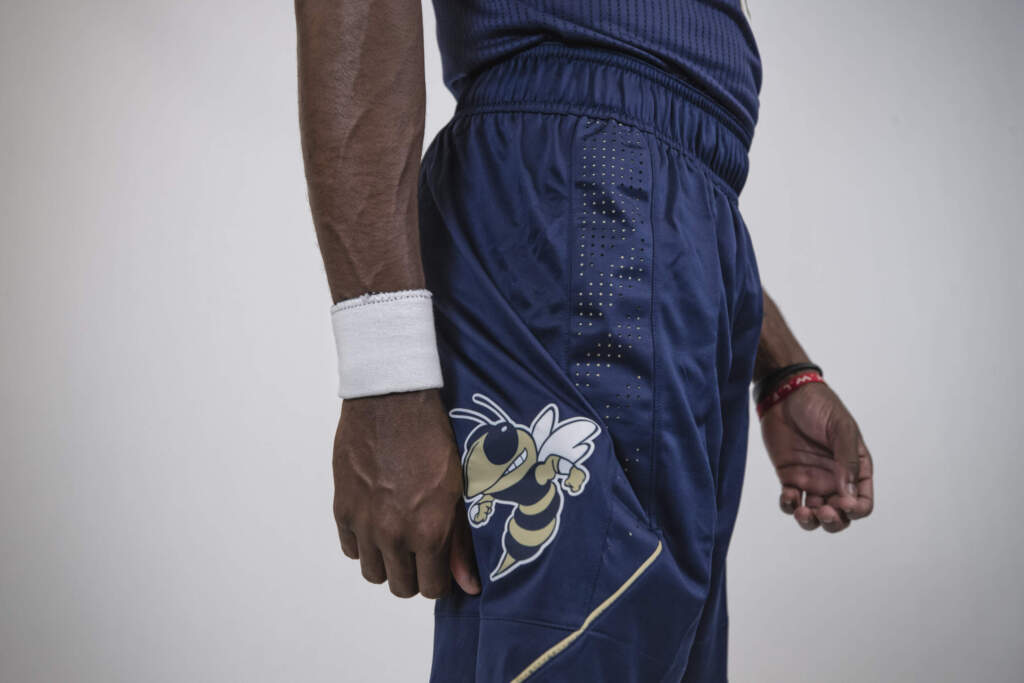 The men’s and the women’s teams will both open their 2020-21 seasons on Nov. 25 against crosstown rival Georgia State at McCamish Pavilion.

The Tech women return seven letterwinners from a 2019-20 team that went 20-11 overall and 10-8 in the ACC, including the team’s leading returning rebounder and scorer in seniors Lorela Cubaj and Kierra Fletcher. 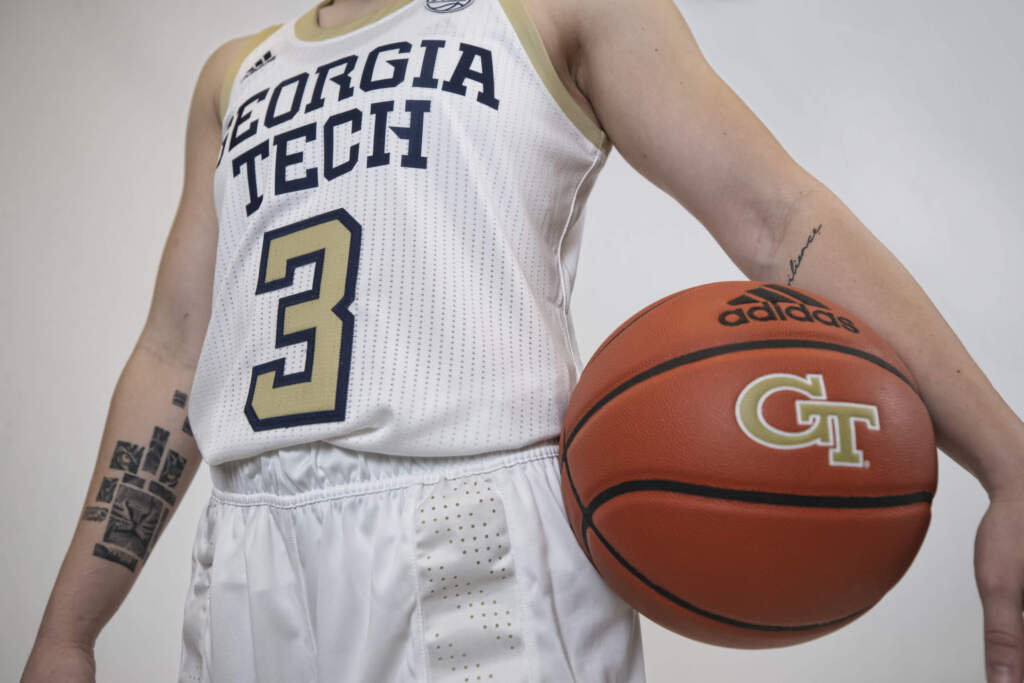 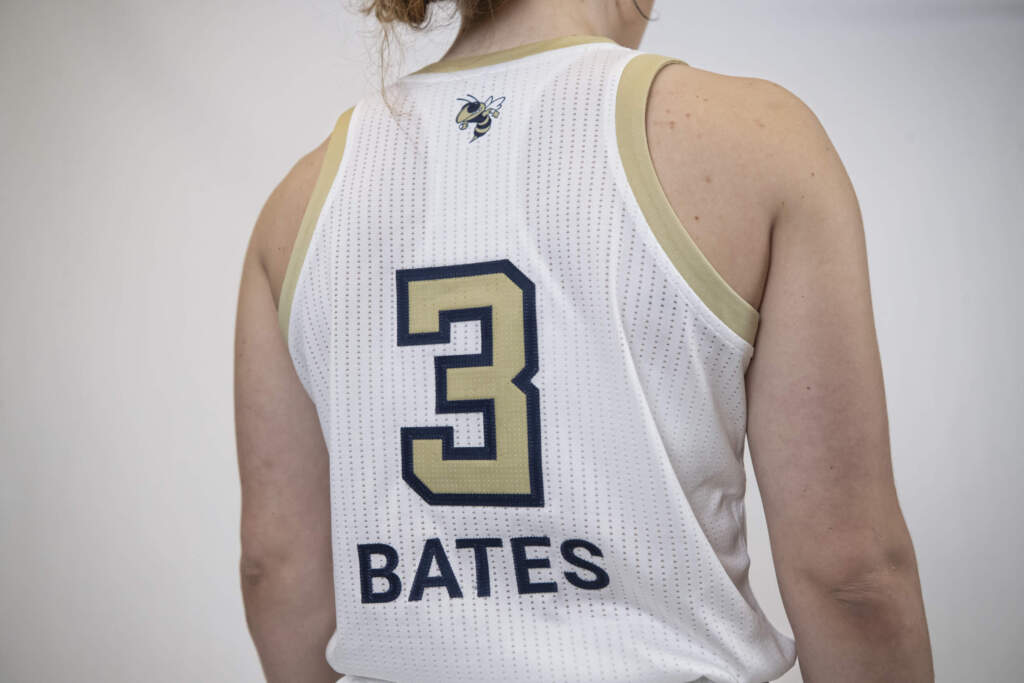 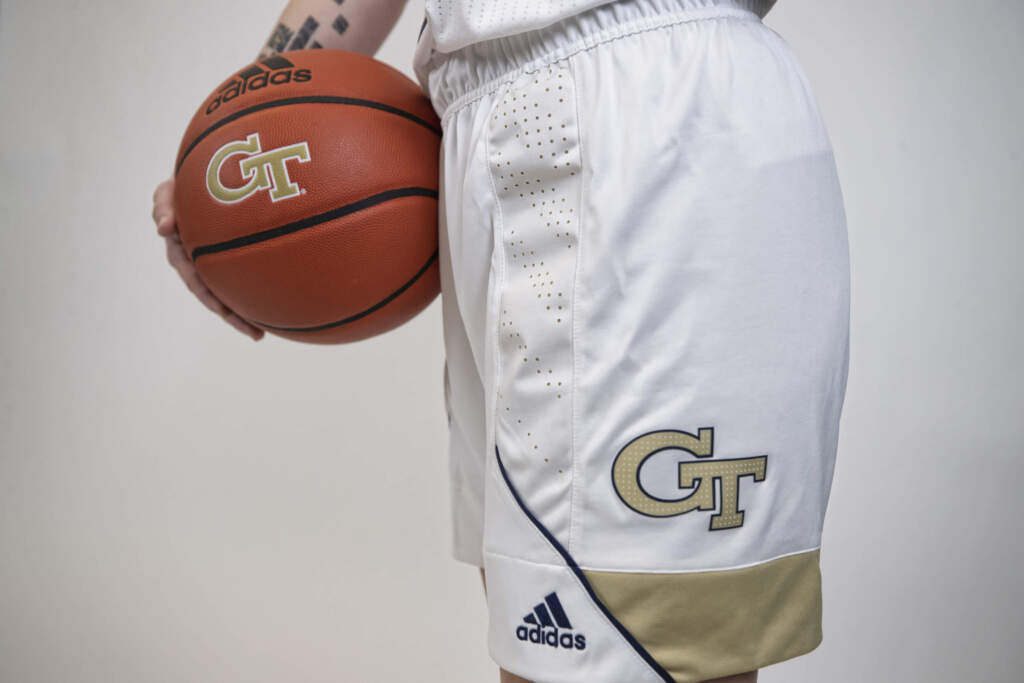 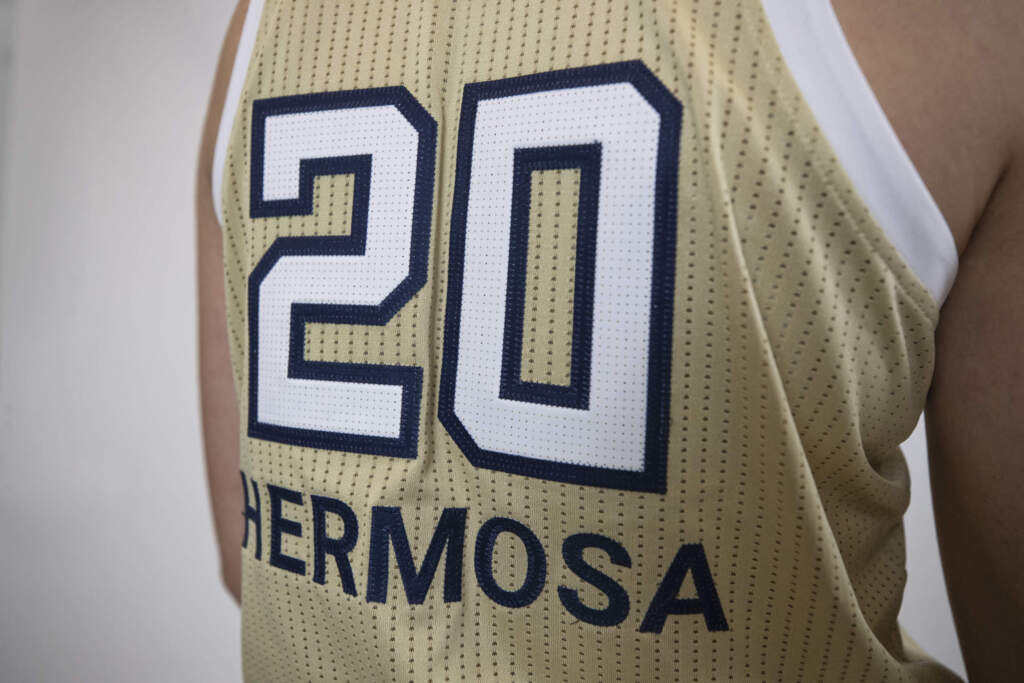 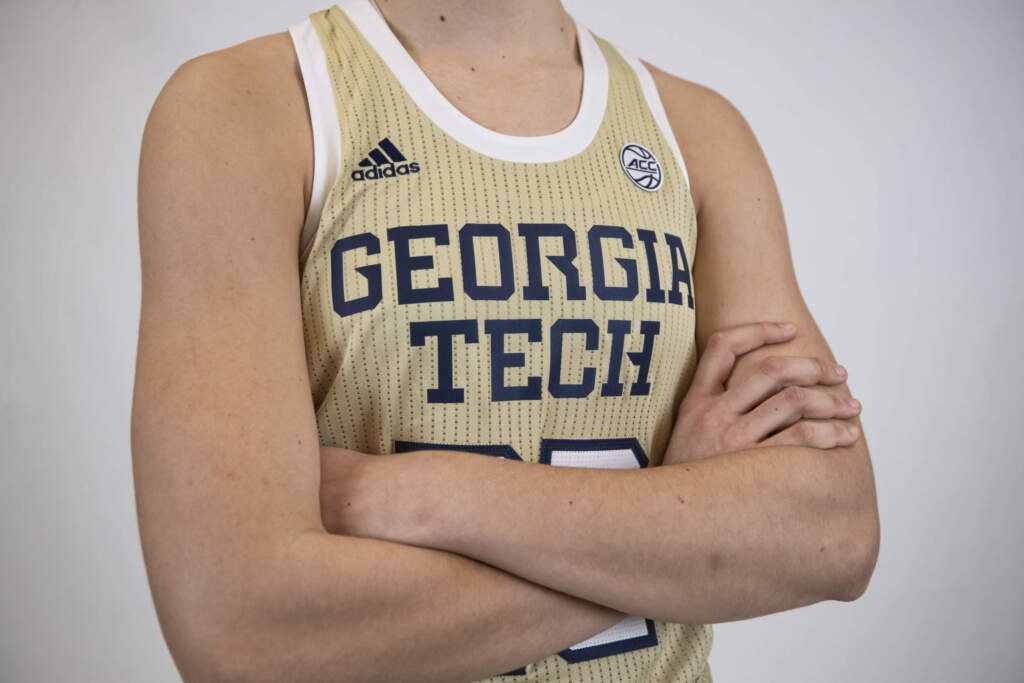 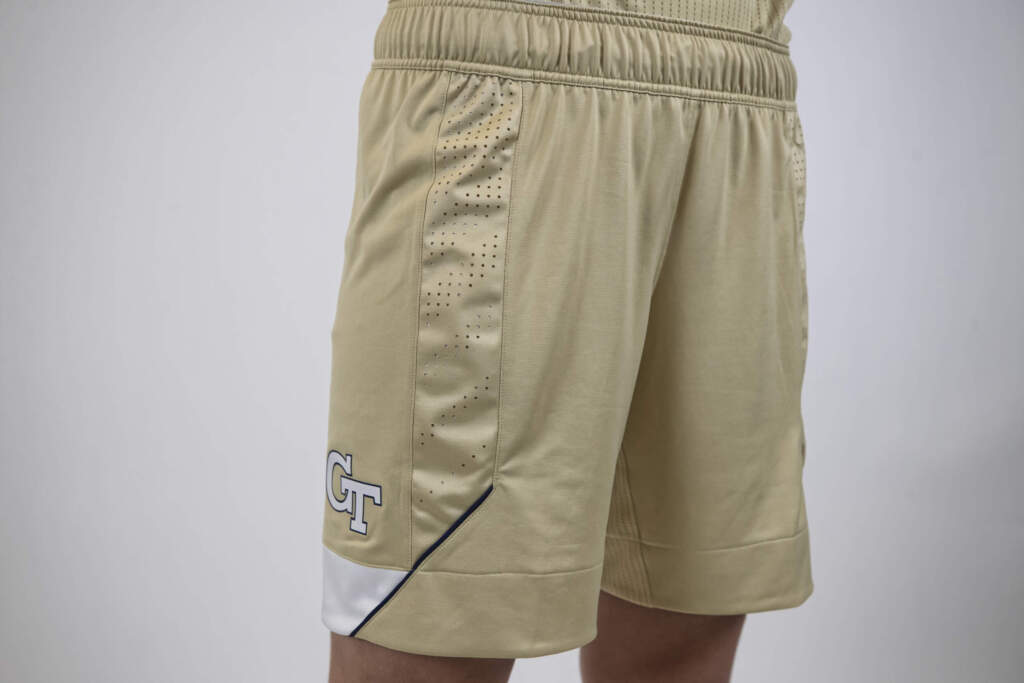 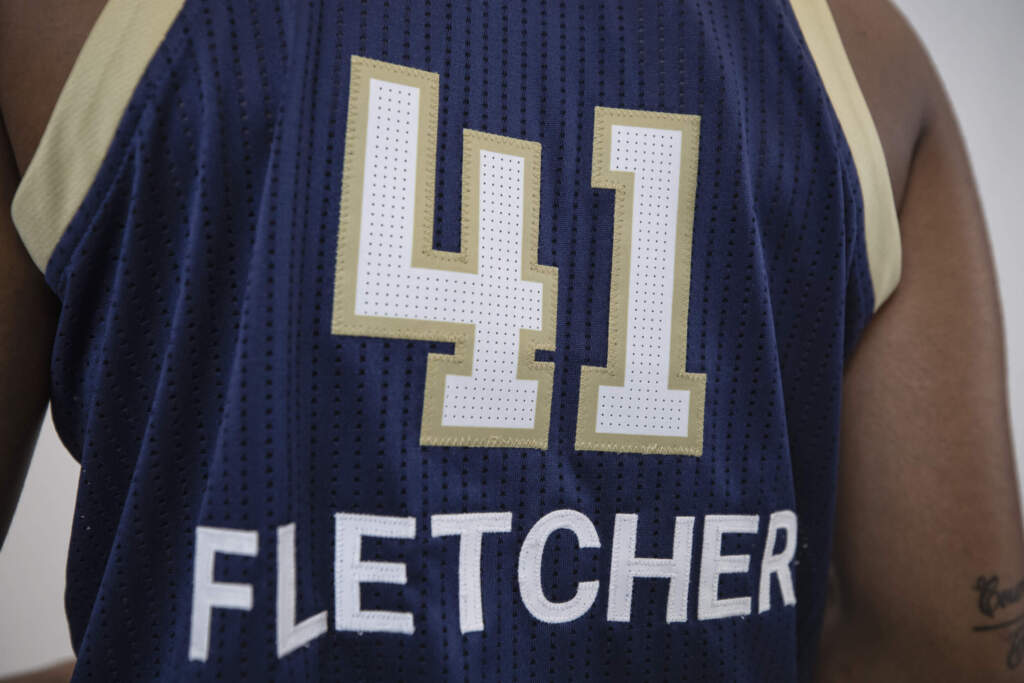 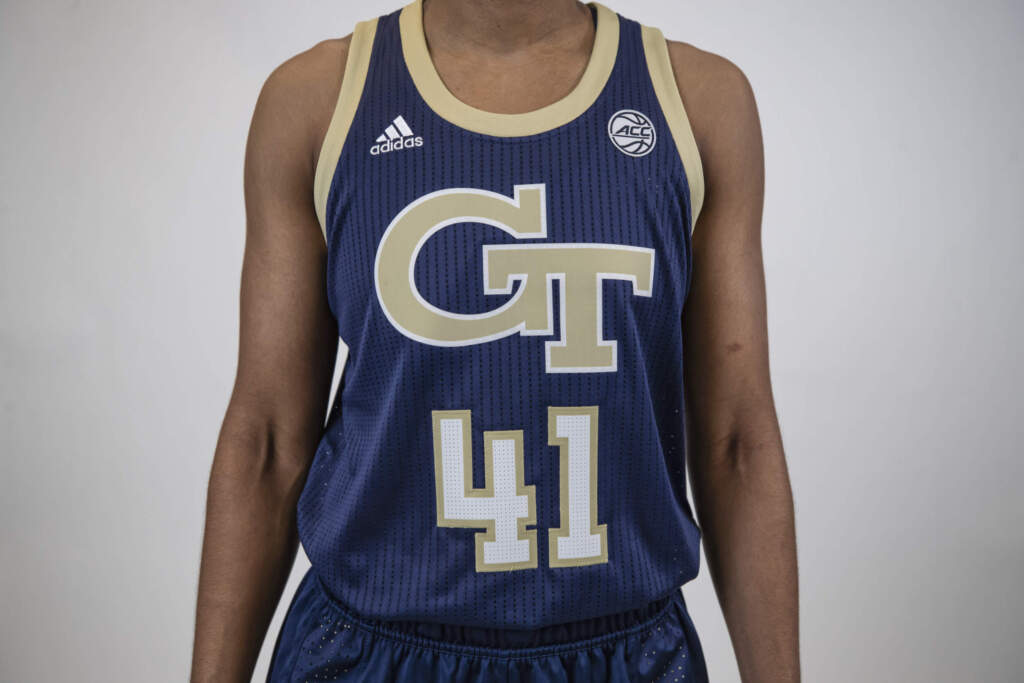 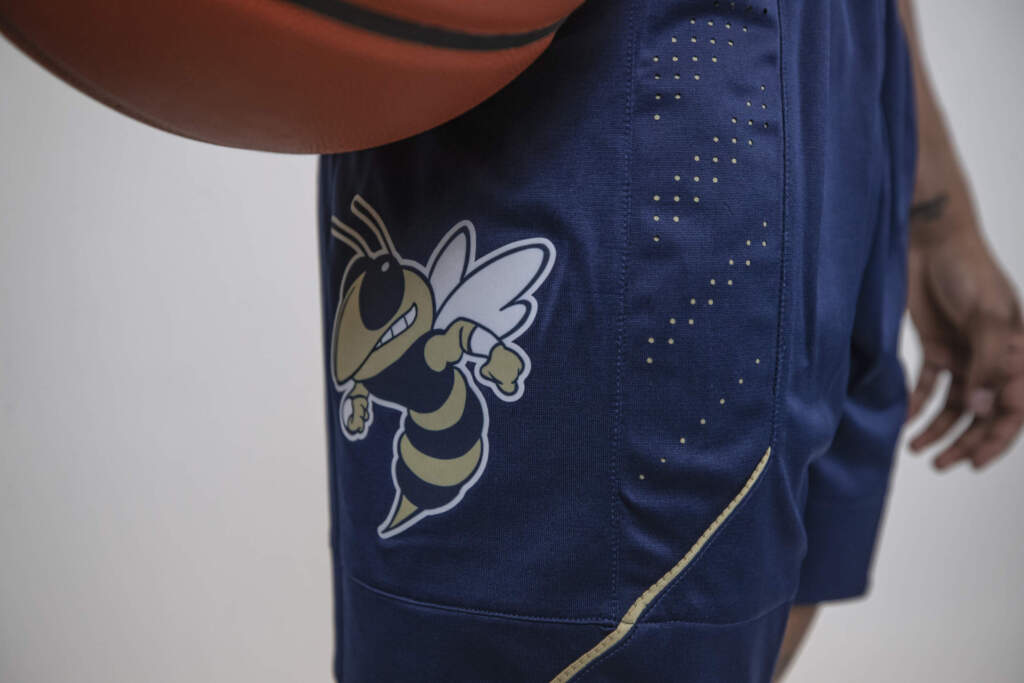