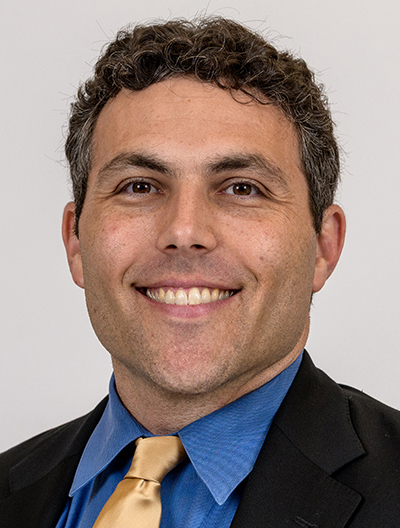 Implementing a high-energy style of play and creative offensive and defensive schemes, and building the Jackets’ talent base for the future, Pastner has tirelessly promoted the program on campus and throughout the city of Atlanta in an effort to re-create the major homecourt atmosphere that surrounded the Yellow Jackets throughout the 1980s, 1990s and into the middle of the 2000s. The result has been numerous wins, high excitement and 12 sellouts in three seasons at McCamish Pavilion.

Two of his players – guard Josh Okogie and Ben Lammers – have earned All-Atlantic Coast Conference honors before moving on to the professional ranks. Okogie, in particular, developed from an under-the-radar high school prospect into a highly-regarded NBA rookie, having been selected 20th in the 2018 NBA Draft

Mike Bobinski looks back at the hiring of Josh Pastner — Atlanta Journal-Constitution, February 23, 2017

Implementing a high-energy style of play and creative offensive and defensive schemes, and building the Jackets’ talent base for the future, Pastner has tirelessly promoted the program on campus and throughout the city of Atlanta in an effort to re-create the major homecourt atmosphere that surrounded the Yellow Jackets throughout the 1980s, 1990s and into the middle of the 2000s. The result has been numerous wins, high excitement and 12 sellouts in three seasons at McCamish Pavilion.

Two of his players – guard Josh Okogie and Ben Lammers – have earned All-Atlantic Coast Conference honors before moving on to the professional ranks. Okogie, in particular, developed from an under-the-radar high school prospect into a highly-regarded NBA rookie, having been selected 20th in the 2018 NBA Draft.

In his first season at the helm, his Yellow Jacket team defied all pre-season expectations by reaching the post-season and advancing to the finals of the National Invitation Tournament. Tech earned victories over No. 9 North Carolina, No. 6 Florida State and No. 14 Notre Dame (later vacated by the NCAA Committee on Infractions), who all finished among the top four in the ACC regular season. He was named Coach of the Year in the ACC and in NABC District 2.

Pastner also was honored as the “Most Positive College Coach” in Georgia by Positive Athlete Georgia, an organization which promotes the benefits of positivity among young athletes.

After the season, Sports Illustrated honored Pastner as “Best At Beating SI’s Projections, Major Conference,” saying, “Last fall, a certain member of the punditry made the now-infamous claim that Pastner was presiding over one of the worst major-conference rosters ever. SI’s projection system wasn’t that harsh, but it didn’t love the Yellow Jackets, ranking them 204th in the preseason. Pastner proceeded to build the nation’s No. 6-ranked defense around rim-protector Ben Lammers. That helped Tech upset North Carolina, Notre Dame, Florida State and Syracuse in the regular season, finish as the NIT runner-up and rank 77th in efficiency.”

Though hampered by several significant injuries and other issues in 2017-18, Tech still was able to knock off a pair of top-25 teams while Lammers and Okogie again earned conference honors, and Okogie developed into an NBA first-round draft choice. In 2018-19, the Yellow jackets picked up three significant road wins – at Arkansas, Syracuse and NC State, each of whom made post-season play – and center James Banks III was named to the ACC’s All-Defensive team.

He was honored in April of 2019 with his induction into the Jewish Sports Heritage Association.

Pastner, who turned 43 in late September, compiled a 167-73 record over seven seasons as the head coach at Memphis, where the Tigers earned bids to the NCAA Tournament four times. He was tied for the 10th most wins for a head coach in his first seven seasons in Division I basketball history, and is the second winningest active coach under the age of 40 in NCAA Division I. He is the 14th head coach in Tech’s program history.

“Coach Pastner’s accomplishments on the floor speak for themselves but what makes him such a great fit at Georgia Tech is the culture that he has established for our men’s basketball program,” director of athletics Todd Stansbury said. “His energy, his positivity and his commitment to do things the right way are all attributes that not only lead to success on the court but also set our student-athletes up for success after graduation, and are a source of pride for our alumni, students and fans.”

Despite his young age, Pastner has been involved in basketball at the Division I level for 21 years, as a player and an assistant coach at Arizona, and as an assistant coach and the head coach at Memphis. He has been a part of teams that have won 524 games, played in 17 NCAA Tournaments and 19 total post-season events. Teams he has been involved with have won 12 conference tournament or regular-season championships, advanced to seven Sweet Sixteens, five Elite Eights, two Final Fours and two NCAA championship games.

As an NCAA head or assistant coach and an AAU head coach, he has coached nearly 25 NBA draft selections.

“I fully understand what it means to be sitting in this chair, what it means to the community and the entire city, and to all the alumni locally and nationally,” said Pastner. “When you’re in coaching, you want to play for a national championship and compete at the highest level. You want to have a championship program year in and year out. I believe that Georgia Tech and the job here is a true gold mine. You have an opportunity to have the highest level of success that you strive for.

“I love Georgia Tech and the time I’ve spent here. The success we have had is a direct result of my staff and the unbelievable job they did, the players who bought in and performed so well, and the fans who gave us the home-court advantage we need. I’m grateful to [Georgia Tech] President [Angel] Cabrera and Todd Stansbury for the tremendous support we have, and for seeing the big picture and where we want to go as a program.”

Pastner’s Memphis teams averaged 23.9 wins per season and compiled a conference regular-season record of 82-36, including a conference winning streak of 28 games. The Tigers went 11-4 in Conference USA and American Athletic Conference tournaments, including three championships.

He guided Memphis to five post-season berths, the NIT in 2010 and the NCAA Tournament in 2011, 2012, 2013 and 2014. He became one of three head coaches in Tigers history to earn postseason berths in five of his first seven seasons (Larry Finch, John Calipari are the others), one of two to lead the program to four NCAA Tournaments in his first seven seasons (Dana Kirk is the other) and one of three head coaches in program history to lead the Tigers to four straight NCAA Tournament appearances (2011-14; joins Dana Kirk 1982-85, John Calipari 2006-09).

Pastner twice won Conference USA Coach of the Year honors (2010, 2013) by various organizations and news media. Known as a tireless recruiter, he was named the country’s No. 7 high-major recruiter by FoxSports.com following the 2007-08 season, and has signed five straight nationally-ranked recruiting classes, including the nation’s No. 1 class in 2010 and No. 2 class in 2013.

He married the former Kerri Lamas of Sierra Vista, Ariz., in 2009. He has a stepson (Ethan) and three daughters, Payten, Kamryn and Harper.

“The transformation’s unbelievable,” he said. “It’s incredible for a team to be picked last, next to last, and to do what they’re doing. To me, it’s one of the best stories in college basketball right now. Again, you’ve got to give Brian (Gregory) some credit, but Josh Pastner has taken this group together, and it’s amazing. And everybody feels it.”– former Tech coach Bobby Cremins

“I like how he’s tweaked his system to fit his players. That lets me know he knows what he’s doing. I think that’s half the battle. But the energy, the effort, they play hard — that’s worth watching. That’s worth watching.” – former Tech All-American Dennis Scott

“It shows that, when you have guys working together, really good coaching, the improvement of players … Josh has done a great job with his staff, and it’s a great story. They’re five guys playing as one. They’re a solid unit that has good concepts offensively and defensively. And then the improvement of a player of Lammers from one year to the other, and Jackson, too. They’re great for our league. It shows how strong our league is.” – Duke coach Mike Krzyzewski

“I think Josh has done a fabulous job. He’s done some really unique things on both ends of the floor. With what they’re doing with their triangle stuff offensively is a difficult preparation. It’s very, very hard to guard. And then the changing zone defenses and then you’ve got the rim protector in (Ben) Lammers back there, they’re hard to score against. They’re just a really tough preparation and it certainly isn’t a fluke.” – Notre Dame’s Mike Brey

“Josh is a perfect fit. As a coach, as a leader and as a teacher he excels with today’s player. He will build a program that the entire community will be proud of.” — Kentucky head coach John Calipari

“Josh is a good man, honest and a great recruiter. No one will work harder than him. Georgia Tech made a GREAT HIRE!” – retired Arizona coach Lute Olson