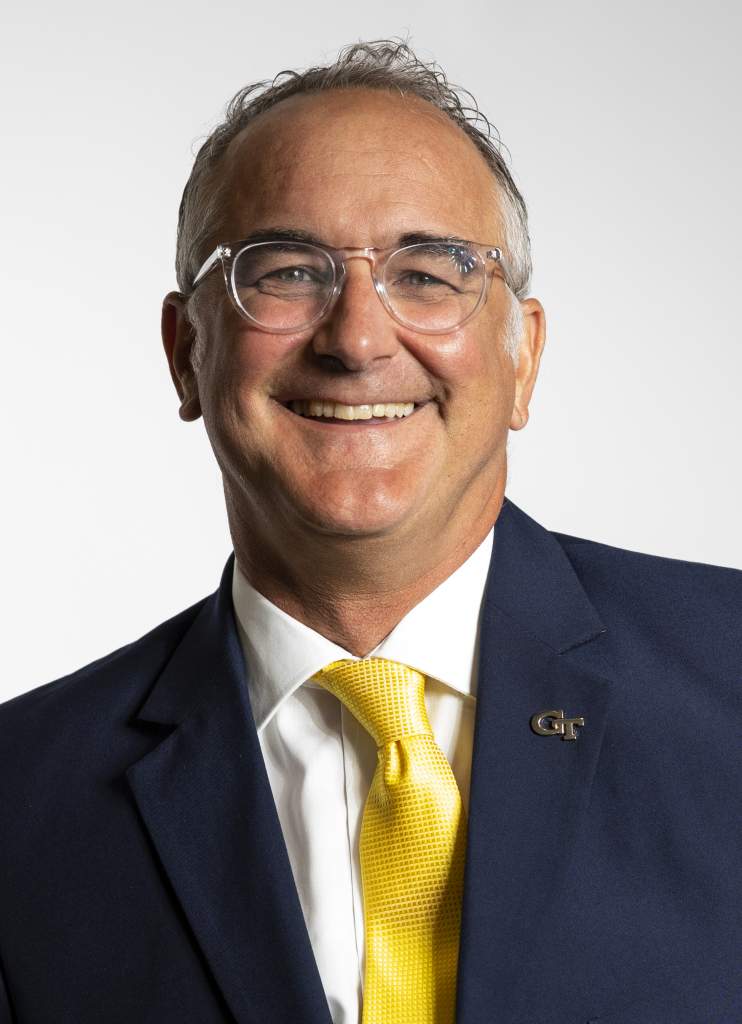 Dave Patenaude is in his second season as offensive coordinator and quarterbacks coach at Georgia Tech.

In his two seasons at Temple, the Owls had two of the three highest single-season passing totals in school history. In 2018, TU boasted one of the top two rushers in the American Athletic Conference (Ryquell Armstrong – 109.8 ypg) and one of the top three receivers in the AAC  (Randle Jones – 19.35 ypr).

Patenaude and his wife, Christine, have two daughters: Eva and Estelle.

A 29-year collegiate coaching veteran, Dave Patenaude is in his second season as offensive coordinator and quarterbacks coach at Georgia Tech.

Given the monumental task of transitioning Georgia Tech’s offense from an option-based scheme to a pro-style, spread attack, Patenaude’s accomplishments in his first season as the Yellow Jackets’ offensive coordinator included:

Patenaude came to Georgia Tech from Temple, where he served as head coach Geoff Collins’ offensive coordinator for two seasons (2017-18).

Under Patenaude’s direction, Temple put together two of the three highest single-season passing totals in school history (3,273 yards in 2017, 3,297 yards in 2018) and ranked 23rd nationally in scoring offense in 2018. Individually, TU running back Ryquell Armstrong ranked third in the American Athletic Conference and 16th nationally in rushing (109.8 ypg) and wide receiver Randle Jones ranked third in the AAC and 15th nationally in yards per reception (19.35 avg.) in ’18. Armstrong went on to be selected in the fifth round of the 2019 National Football League Draft by the Jacksonville Jaguars.

Patenaude, 52, was a three-year starter at quarterback and free safety at Central Connecticut State. He graduated from CCSU in 1990 and earned a master’s from Springfield in 1993. He and his wife, Christine, have two daughters: Eva and Estelle.