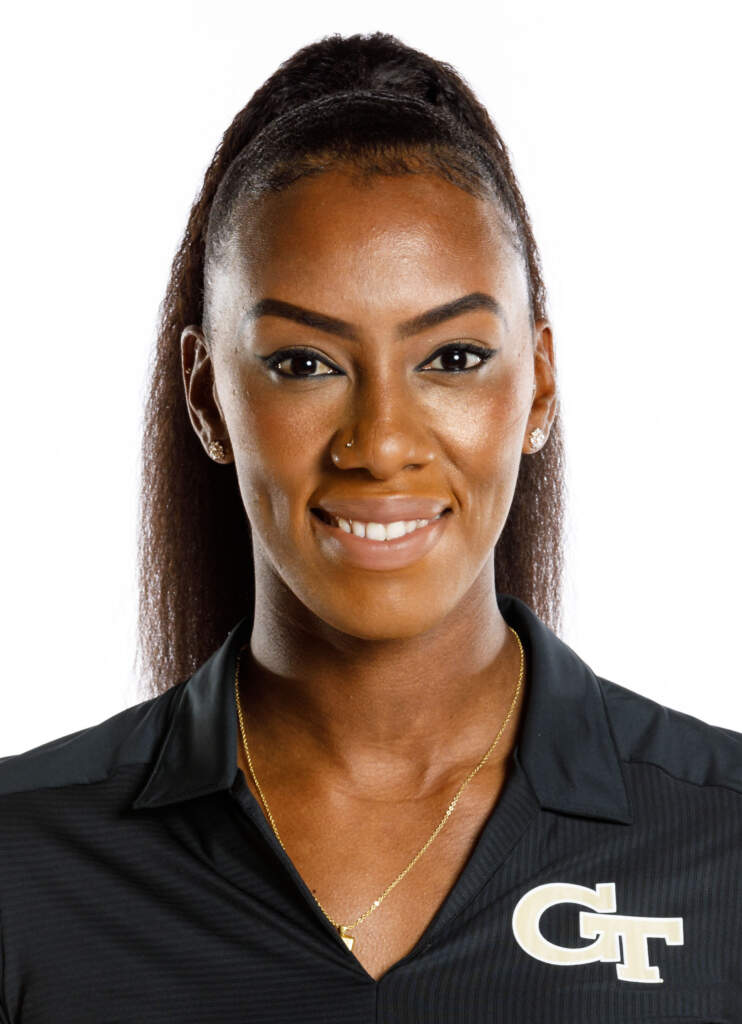 Wilson’s Playing Timeline
2007-2011 – Penn State
2011-2016 – Professional volleyball in Italy, Poland, Azerbaijan and Indonesia.
2013- Wilson also had an extensive stint of training with the US National Team

Wilson, a native of Broadview, Ill., comes to The Flats from Michigan State, where she served as the volunteer assistant for the Spartans during the 2018 season. Wilson specialized in middle blocker training and team blocking.

Prior to coaching at Michigan State University, Wilson was an assistant coach at DePaul University and part-time coach for the outdoor beach volleyball program with 1st Alliance Volleyball Club, located near Chicago. While at DePaul, she worked extensively with the team’s middle blockers. During the 2016 season, DePaul had its first All-BIG EAST first team member (Brittany Maxwell) and the Blue Demons won a program-best seven BIG EAST contests. Middle blocker Jasmine King was a Second Team All-BIG EAST selection under the guidance of Wilson. Her duties also included spearheading the team’s community outreach activities. At 1st Alliance, she was able to train and develop middle blockers that currently represent some of the very best volleyball conferences in the country.

Wilson, having been raised in a hot bed for volleyball, has strong recruiting ties to several clubs in Chicago and its surrounding areas as well as around the country. These ties and her relationship skills aided her successful recruiting at DePaul. Since Wilson has been at Georgia Tech as a recruiting coordinator her connections to the southeast have increased and she has even built more west coast and east coast ties/relationships.

Prior to Wilson’s time at Georgia Tech, she was able to play professionally overseas for five years. As a professional athlete she was able to play, interact, and adapt to many different coaches and players, helping my ability to network at the international level. The opportunity to work with people from different walks of life has opened her eyes to various styles of coaching.

As a collegiate athlete, she was extremely fortunate to train in a national championship culture and to play amongst the world’s best athletes at Penn State University. During her four-year tenure, she had the pleasure of being part of one of the best and most successful volleyball teams in the history of NCAA Division I Women’s Volleyball, winning four consecutive National Championships.

Wilson has great perspective and success at coaching middle blockers and team defense. She has also had experience with coaching blocking technique and block scheming as it pertains to team defense. Wilson is also able to help assist our team in knowing/scouting what offense Tech’s opponents were running and where Tech should focus when it came to defense.